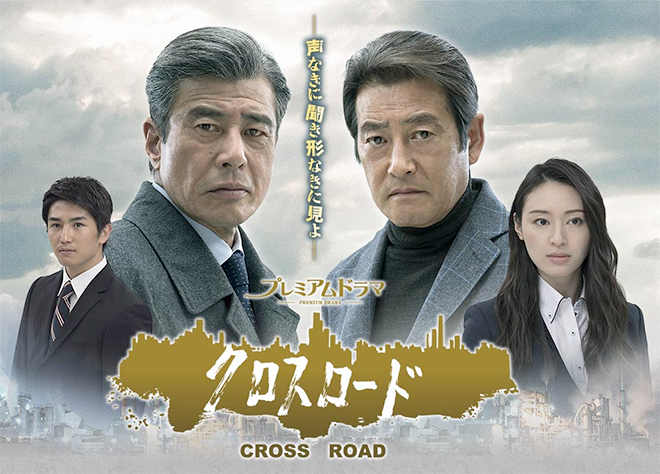 Story
With one year to go before his retirement, Ozeki Tatsuro is transferred to the Criminal Affairs Division of Omori Rinko Police Precinct. It is certainly not something he is thrilled about after finding a sense of satisfaction in the Police Affairs Division away from investigation scenes but he accepts it matter-of-factly and undertakes investigations day and night. In the course of his work, he visits Shizue, the wife of Maekawa Hiroki, a senior detective who has passed away, to pay his condolences. Meanwhile, Itagaki Kohei resumes freelance writing. During a visit to a magazine to sell his material, he gets paired with a spirited journalist Katayama Asuko to cover stories. Despite his wife’s concern, he seeks a new path as a journalist. One day, the dead body of a woman named Kimizuka Hitomi is discovered in a riverbed in Ota Ward. She has a child from a former marriage and Ozeki learns that this child’s name has not been entered in a family register. While tracing the movements of the victim, Ozeki starts to have misgivings about the course of the investigation. He looks into a past case, but the person who was in charge of this case in which there was a forced confession is the senior detective who was once a mentor to him. Itagaki is strangely pursuing the same case as Ozeki. The two of them encounter each other once again at the crime scene.

Characters
Tachi Hiroshi as Ozeki Tatsuro
A former elite detective of the Tokyo Metropolitan Police Department’s First Investigative Division. 26 years ago, he was censured for leaking information to journalist Itagaki Kohei whom he was on friendly terms with, and sidelined. After that he was kicked around to police precincts. He is transferred to Omori Rinko Police Precinct with one year to go before retirement.

Kanda Masaki as Itagaki Kohei
A former ace of a major newspaper’s local news desk. 26 years ago, he exposed a case of false charges based on information which Ozeki Tatsuro had leaked. His heavy-handed methods antagonised the people around him and he gradually disappeared from the limelight. He takes a new step as a freelance journalist after Nishi Tama’s local newspaper Tamatama Shimbun ceases publication.

Kuriyama Chiaki as Katayama Asuko
A journalist for Mitsuba Publishing’s Shukan Repo. She has been writing gossip columns with mass appeal. Then she meets Itagaki Kohei and starts having misgivings about her own existence as a journalist.

Takenaka Naoto as Konoe Shigeru
The director in charge of the Kimizuka Hitomi murder case. He was acquainted with Ozeki Tatsuro in the past. He seems genial but is a person who cannot be fathomed.

Katsuno Hiroshi as Tsuyama Kotaro
The newly appointed chief of Omori Rinko Police Precinct where Ozeki Tatsuro is. He has a cautious nature and keeps an eye on Ozeki whom he perceives will disrupt teamwork.

Kanda Joe as Tanaka Keisuke
A detective at Omori Rinko Police Precinct. He is often Ozeki Tatsuro’s buddy. Although there are times when he makes impertinent remarks, he gets influenced by Ozeki.

This blog contains information and musings on current and upcoming Japanese dramas but is not intended to be comprehensive.
View all posts by jadefrost →
This entry was posted in NHK, Spring 2017 Dramas and tagged Crossroad Series, Hiraizumi Sei, Kuriyama Chiaki, Tachi Hiroshi, Takashima Reiko, Takenaka Naoto. Bookmark the permalink.