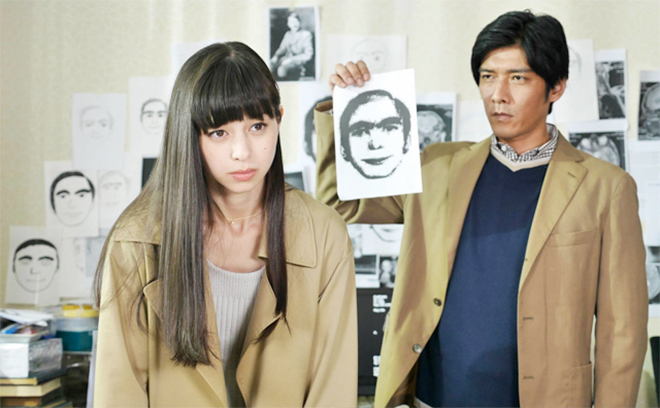 Chameleon Haiyuu
Story: Kudo Keita (Suda Masaki) is a young popular actor who seems to be cracking under pressure as he is ordered to do retakes on the set of his first drama as the lead actor. “Be a chameleon, an actor who can step into any role.” With this encouragement from his manager Nabeshima (Tsukaji Muga), Kudo begins administering a secret elixir that can temporarily transform him into a person he wants to be. From then on, Kudo slips into a series of difficult roles like a chameleon. Although his dosage of the elixir has been restricted by the doctor to one a day, a competition with Yamaki Takuro (Hirayama Hiroyuki), who remains firmly at the top of the chameleon actor rankings, is coming up … …
Cast: Suda Masaki, Tsukaji Muga, Yamazaki Hirona, Yamanaka Takashi, Minemura Rie, Owada Shinya, Hirayama Hiroyuki

Tsuma no Kioku
Story: Narita Yoichiro (Endo Kenichi) is a salaryman who is devoted only to his work. He does nothing but entertain clients and comes home late every night. One day, his wife Haruko (Harada Mieko) passes away in a fire that she started out of carelessness. However, on the morning of her funeral service, Haruko is setting breakfast on the table … … but her daughter cannot see her. Is she vengeful ghost? Or an apparition? In fact, Haruko had been suffering dementia when she was alive. This is a rare case where the dementia sufferer’s strong desire to remember, manifested as residual images of those memories and settled in time and space. And so, Yoichiro restarts a bizarre life as a couple with his wife’s memories. However … …
Cast: Endo Kenichi, Tokunaga Eri, Toyama Toshiya, Harada Mieko

Yumeo
Story: Every night, university student Midori (Nakajo Ayami) is troubled by a nightmare but cannot recall it. She is taught during class that there is a hidden message in her dream. Curiosity overpowers her fear and she uses illustration software to recreate a montage of the face of the man who appears in her dream. She casually uploads this image and tweets, “This man appears in my dream. Please help me.” The next morning, this tweet gets tremendous response and her friends around her begin talking about this man in her dreams.
Cast: Nakajo Ayami, This Man, Hirota Ryohei, Karata Erika, Sugino Yosuke, Murakami Shingo, Tsutsui Mariko

Ippon Tarinai
Story: Kazami Ayako (Nagasaku Hiromi) is an ordinary housewife with a serious salaryman husband (Kamio Yu), daughter (Kita Kana) who is a university student, and son (Imai Yuki) who is in high school. She considers this the perfect castle that she devoted her life to build, and she performs all the household chores to perfection. Ayako has been a perfectionist since childhood, but for that reason, she fears destroying this perfection. And so, her method of preserving it, is to never let it out of her sight. One morning when Ayako is preparing the perfect breakfast and lunch boxes like always, she realises that one knife is missing from the knife stand underneath the sink. She is indignant that her family quickly disappeared from the house without touching breakfast or taking the lunch boxes. Then the news on TV reports that a youth had randomly stabbed an office employee to death with a knife … …
Cast: Nagasaku Hiromi, Kamio Yu, Kita Kana, Imai Yuki

This blog contains information and musings on current and upcoming Japanese dramas but is not intended to be comprehensive.
View all posts by jadefrost →
This entry was posted in Fuji TV, Spring 2017 Drama Specials and tagged Endo Kenichi, Harada Mieko, Nagasaku Hiromi, Suda Masaki, Yo ni mo Kimyouna Monogatari Series. Bookmark the permalink.