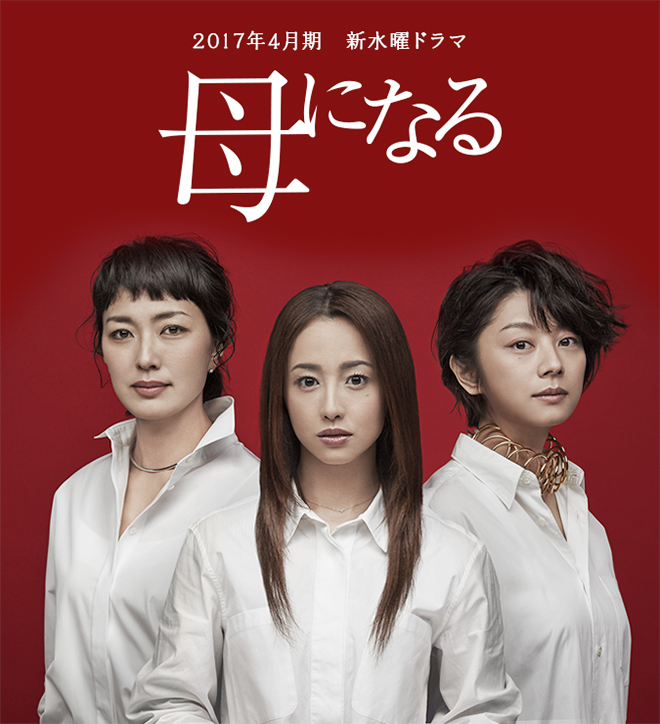 Story
In the spring of 2001, Kashiwazaki Yui came alone to Tokyo from Hokkaido after the death of her parents. She met university lecturer Kashiwazaki Yoichi at the bookstore where she worked. They slowly grew close over time and eventually married after Yui got pregnant with their son Kou. She was warmly welcomed by Yoichi’s mother Satoe. Yoichi’s boss Professor Nishihara Taiji declared that he was having a shotgun wedding to career woman Risako too. Yui and Risako gave each other encouragement while feeling anxious about becoming mothers. In the spring of 2008, 3-year-old Kou was a joy to the Kashiwazakis. One day, Yui went to the kindergarten to pick him up like always. But on their usual walk home from kindergarten, he suddenly went missing after she let go of his hand and glanced away for just a brief moment. Then she found out about the similarities with the series of abductions of young children in the neighbourhood. At the same time, an office lady Kadokura Asako who lived in an apartment, had suspicions about her neighbour … … Yoichi ended up withdrawing from the world after the incident. The family broke up and Yui lived alone. Nine years later, their son shows up all of a sudden and Yui tries to bury the void of the past nine years and be a mother to this 13-year old. Can a family that broke down once return to what it used to be? Through a family that suffered a kidnapping, three women learn what it takes to become a mother amidst the struggles and pain.

Characters
Sawajiri Erika as Kashiwazaki Yui
Born in Hokkaido, she came to Tokyo at the age of 19. She married Kashiwazaki Yoichi and gave birth to their son Kou. After Kou was kidnapped, she and Yoichi divorced and she has been living alone quietly.

Fujiki Naohito as Kashiwazaki Yoichi
Kashiwazaki Yui’s ex-husband. They divorced after their son was kidnapped. He used to be a university associate professor researching artificial intelligence under Professor Nishihara Taiji, but ended up withdrawing from the world after he learns the reason for the incident.

Itaya Yuka as Nishihara Risako
Kashiwazaki Yui’s friend. The wife of Professor Nishihara Taiji. A hair and makeup artist. She has a daughter the same age as Kou but worries that she cannot be a good mother. She gives Yui encouragement even after the kidnapping incident.

Koike Eiko as Kadokura Asako
She saved the kidnapped Kashiwazaki Kou and after that, lived together as his mother for seven years. After she gives up Kou, she struggles to cut off her feelings for him, but … … She wants to be a mother and Kou adores her too.

Nakajima Yuto as Kino Shuhei
A child welfare officer at a counselling centre for children. He is in charge of Kashiwazaki Kou and creates the opportunity for Yui and Yoichi to reunite with their son after finding out that they are his parents. He also has his own past and wishes for Kou’s happiness.

Michieda Shunsuke as Kashiwazaki Kou
The son of Kashiwazaki Yui and Yoichi. When he was three, he was kidnapped on the way home from kindergarten. Nine years later at the age of 13, he shows up in front of Yui and Yoichi, and wavers between two mothers.

Asano Kazuyuki as Professor Nishihara Taiji
A professor at Touo University’s faculty of science and engineering. He is researching artificial intelligence. After the kidnapping, he worries about Kashiwazaki Yoichi and his wife and takes care of them.

Fubuki Jun as Kashiwazaki Satoe
Kashiwazaki Yoichi’s mother. She has been running Kashiwazaki Auto on her own ever since her husband passed away.

This blog contains information and musings on current and upcoming Japanese dramas but is not intended to be comprehensive.
View all posts by jadefrost →
This entry was posted in NTV, Spring 2017 Dramas and tagged Fubuki Jun, Fujiki Naohito, Haha ni Naru, Itaya Yuka, Koike Eiko, Sawajiri Erika. Bookmark the permalink.