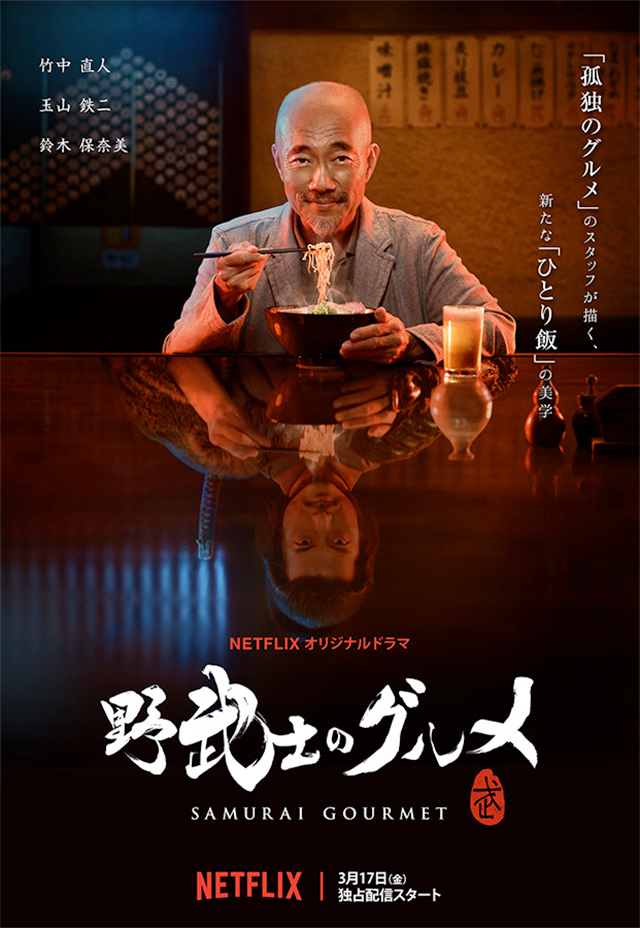 Story
Kasumi Takeshi has spent his entire life devoted to his job. Now a retired man, he finds himself with plenty of extra time on his hands. He never had the luxury of an ice-cold beer during the day on a weekday during his 35 years as a salaryman. But while out for a walk one early afternoon, Kasumi gets acquainted with the taste of that one glass and eating alone, discovering the joys of day-time drinking and the realisation that he is now free to eat and drink what he wants as he fancies. This awakens his inner persona – a rough wandering samurai living life freely in Japan’s Sengoku Period, who also appears when cursing customers interrupt the usually reserved Kasumi and speaks for him. Thus begins his search for blissfully delectable delights to satisfy his stomach and the samurai’s soul.

This blog contains information and musings on current and upcoming Japanese dramas but is not intended to be comprehensive.
View all posts by jadefrost →
This entry was posted in Netflix, Spring 2017 Dramas and tagged Samurai Gourmet, Takenaka Naoto, Tamayama Tetsuji. Bookmark the permalink.