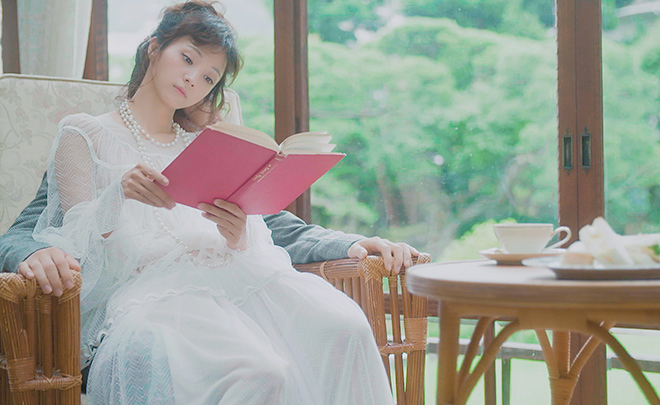 Nanimono
Story: A man (Hirai Hikaru) has been staying at the house of a friend, Yuki (Wakaba Ryuya), who lives in Kamakura. A mysterious man called Akai (Akechi Kogoro . Mitsushima Hikari) also comes and goes. One night, Yuki is shot in his ankle(s) in the study. The footprints left behind in the garden came from the well and returned to the well before disappearing. The police determine that it was left by the thief. A hospitalised Yuki entrusts an investigator to deduce the mystery of the case but … …
Cast: Mitsushima Hikari, Wakaba Ryuya, Ikeue Kohei, Hirai Hikaru, Mano Erina, Maro Akaji, Noguchi Masahiro, Yoshiyuki Yumi, Miyamoto Masaya, Saiki Shigeru

Kurotegumi
Story: A man (Tanaka Kei) learns about what happen to the family of his father’s older brother (Tsunoda Hiro) through the newspapers. His uncle’s daughter (Nimura Sawa) was kidnapped by a criminal group called ‘Kurotegumi’ and the ransom money was stolen. However, the daughter did not return. So he asked his friend Akechi Kogoro (Mitsushima Hikari) to investigate. Akechi hears from his uncle and other family members that a postcard delivered to the daughter the day before she was kidnapped has vanished and makes to an unexpected deduction … …
Cast: Mitsushima Hikari, Tanaka Kei, Tsunoda Hiro, Mitz Mangrove, Nimura Sawa, Yabe Taro

Ningen Isu
Story: A strange manuscript addressing a married woman is delivered to popular female author Kako (Mitsushima Hikari). It contains a man’s written confession about making a chair with armrests that people can get into and enjoying the feeling of a seated person’s body from within the chair. This chair had been used at a hotel but is now in the study of a Western-style house. Kako cannot stop shivering before that chair with armrests. Then another letter is delivered to her … …
Cast: Mitsushima Hikari

This blog contains information and musings on current and upcoming Japanese dramas but is not intended to be comprehensive.
View all posts by jadefrost →
This entry was posted in NHK, Winter 2017 Drama Specials and tagged Edogawa Ranpo Short Stories Series, Mitsushima Hikari, Tanaka Kei. Bookmark the permalink.