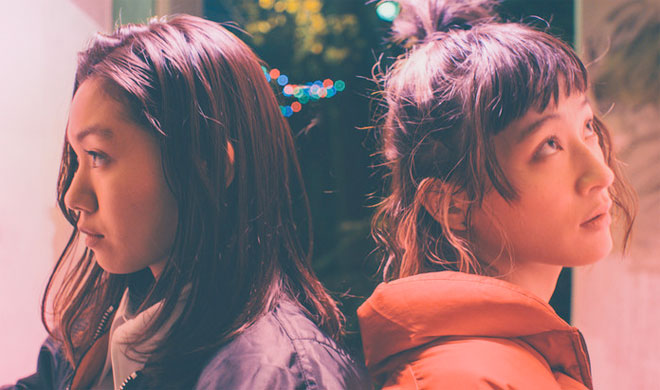 Date: From 12.45 a.m., 23 December 2016
Scriptwriters: Kiyasu Kohei, Miura Kisa
Cast: Nikaido Fumi, KOM I, Yanagi Shuntaro, Yasoda Yuichi, Natsume Nana, Kishii Yukino
Synopsis: On the night of Christmas Eve, Nao (Nikaido Fumi) and Haruka (KOM I) arrive in Shibuya because of a friend’s invitation to #playsanta. It is the in-thing to do good to people in Shibuya and post with the hashtag #playsanta on social media. However, their friend who is the initiator cannot come because of a sudden engagement. Nao and Haruka have no choice but to march along the streets. While the two of them are doing so, they pick up a cat that had been locked away in a locker. They take a photo of themselves in an attempt to find the cat’s owner, unwittingly opening a can of worms and causing an unexpected turn of events. Nao and Haruka are mistaken as the culprits of some disturbance and start to get pursued by people they do not even know. What should have been a bit of fun gradually turns extreme when then begin to find themselves cornered by people in the streets of Shibuya. What happened here and will they be able to escape from their anonymous pursuers?
Official Website: –

This blog contains information and musings on current and upcoming Japanese dramas but is not intended to be comprehensive.
View all posts by jadefrost →
This entry was posted in Fuji TV, Winter 2017 Drama Specials and tagged Nikaido Fumi, Tokyo Midnight Run. Bookmark the permalink.