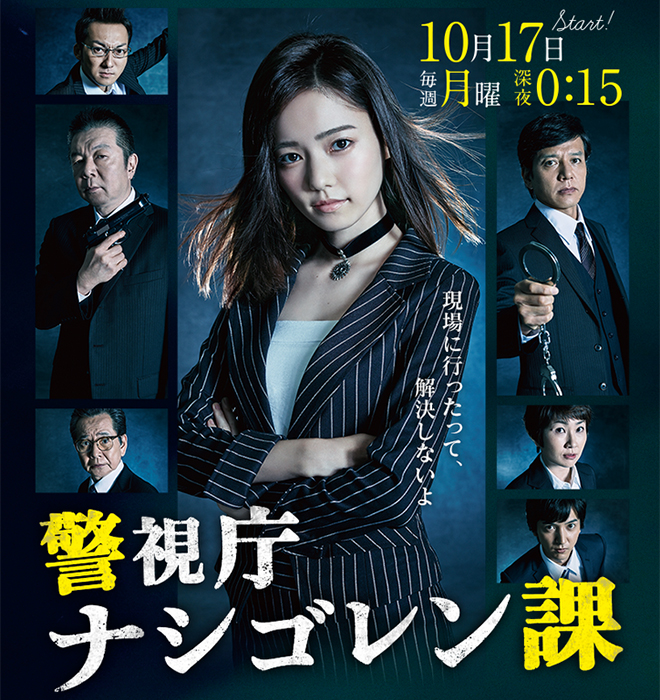 Story
25-year-old Kazahaya Kyoko is appointed to head an investigative division of the Tokyo Metropolitan Police Department, called the Nasi Goreng Division. She is an unconventional division head who believes that an entire investigation can be done in a room and completely rejects the “Showa” concept of legwork. Although Kyoko practically never leaves her room for an investigation, she is able to solve many difficult cases with her remarkable insight and deductive powers despite her quick temper, sharp tongue and sloppy personality. Then things begin with the arrival of the middle-aged Ishinabe Kanta who has finally fulfilled his long-cherished dream to become a detective with his assignment to the Nasi Goreng Division after 25 years working at a police box. The sporty Ishinabe is full of enthusiasm but even though he touts his strength for legwork to Kyoko, she cuts him off. Kyoko believes everything can be done in the room and dismisses hot-blooded idiots as unnecessary. Ishinabe’s first case is the dead body of a man who was found covered with seaweed in the bathtub of a love hotel. The first person to make the discovery is a hotel employee who appears to be a queer old man that looks like an old lady … …

Characters
Shimazaki Haruka as Kazahaya Kyoko
The head of the Tokyo Metropolitan Police Department’s Nasi Goreng Division who has a very quick mind and good deductive powers. She is always condescending even though the other person is probably older than her. Basing her information on TV and weekly magazines, she declares that there is no mystery that cannot be solved in the meeting room and is completely dismissive of the old mindset and method of investigation. She has a devil-may-care attitude, is high-handed and does not mince words. Although she says a lot of offensive things, she cares about her subordinates. She is the type who does not talk about herself and tends to find most things extremely bothersome.

Furuta Arata as Ishinabe Kanta
He has finally become a detective this time after working in a police box in Tokyo for 25 years. He is assigned to the Nasi Goreng Division but is bewildered because of his hands-on approach. Although he is full of enthusiasm, he gets on the wrong side of the people around him. He has good memory and has good knowledge of the area around crime scenes. An old drama called Taiyo ni Hoero inspired him to become a police officer.

Katsumura Masanobu as Ibuki Akihiko
Kazahaya Kyoko’s deputy. He lost the position to her and had to be content with being the second in command. He keeps up a cheerful facade but is jealous of Kyoko who has become the head of a division at a young age. Although he is diligent, he is a coward and cunning. He has a family but has been having an affair with Torikai Kotomi. He cares about his appearance and always has scissors for nostril hair, nail clipper and earpick ready. He lays the blame on his subordinates for anything that is damning.

Namioka Kazuki as Takami Kenjiro
Despite his fierce look, he is a graduate of MIT and a former member of the crime lab although no one realises this. He is good with mechanical things and has mastery of computers and tablets. He is actually concerned that he has not been able to get credible statements.

Neko Tsubaki as Torikai Kotomi
She is in charge of the division’s accounts and always watches TV while putting the receipts together. She knows a lot of celebrity gossip. Although she is a mother of two children, she has been having an affair with Ibuki Akihiko for a long time. She takes many lessons to polish her femininity.

This blog contains information and musings on current and upcoming Japanese dramas but is not intended to be comprehensive.
View all posts by jadefrost →
This entry was posted in Fall 2016 Dramas, TV Asahi and tagged Furuta Arata, Katsumura Masanobu, Keishichou Nasi Goreng-ka. Bookmark the permalink.