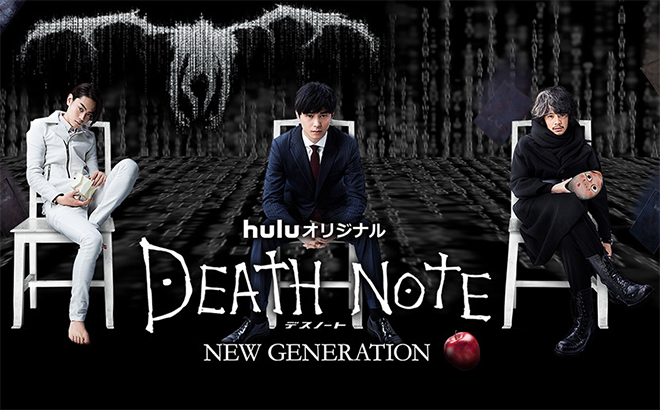 Broadcast
From 26 September 2016 (updated on Fridays)

Mishima-hen: Shinsei
Story: The “Killer Office” which was established by Yagami Soichiro has been relegated to dead wood in the Tokyo Metropolitan Police Department. However, the ace investigator Mishima (Higashide Masahiro) who is called the Death Note geek, is preparing for the re-occurrence of Death Note incidents and continues his research and investigation every day. At that moment, an ex-criminal dies of a heart attack. Mishima investigates the case on his own and reaches some truths based on his deductions that the First Investigative Division did not even realise. Then Death Note incidents suddenly occur after 10 years and Mishima has to face them.

Ryuzaki-hen: Ishi
Story: Famous international sleuth Ryuzaki (Ikematsu Sosuke) has solved a challenging case in Hong Kong that even the FBI had given up hope on, with his excellent power of reasoning and ability to take action. At that moment, he receives information about an intriguing murder in a locked room from J who is in Japan. Although Ryuzaki has repeatedly disregarded requests for his cooperation in the Death Note cases in Japan, he reluctantly heads to there. During the investigation into the locked room murder, Ryuzaki becomes aware of the existence of Aoi Sakura and finally makes the decision to participate in the Death Note case. What promoted this decision? And what is his promise with L?

Shien-hen: Kyoushin
Story: Shien (Suda Masaki) is the only survivor of a brutal massacre that killed his entire family. Plagued by the horrific trauma of the incident, Shien was set free by the Killer of 10 years ago. A believer in Killer, Shien has become a cyber terrorist and carries on Killer’s form of justice by continuing cyber terror in hot spots. One day, Shien gets a Death Note and exults. Deciding on a purge by means of the Death Note, he uses it on criminals for the first time as if to face up to his own trauma. Will the wrongdoing remain no matter how much a person tries to repent?

This blog contains information and musings on current and upcoming Japanese dramas but is not intended to be comprehensive.
View all posts by jadefrost →
This entry was posted in Fall 2016 Dramas, Hulu and tagged Death Note Series, Higashide Masahiro, Ikematsu Sosuke, Suda Masaki. Bookmark the permalink.