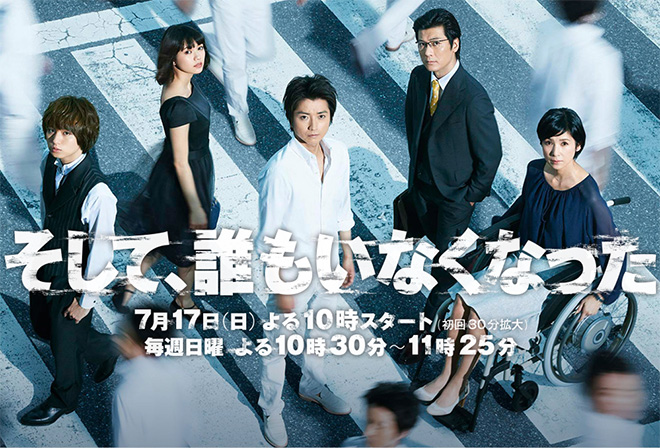 Story
32-year-old Todo Shinichi works for L.E.D, a large computer system development company. He is an outstanding system developer who developed a groundbreaking software that can erase data such as images that have spread on the internet. Shinichi has just introduced his fiancee Kuramoto Sanae, whom he has decided to marry, to his mother Makiko, and everything is going well for him. Then one day, he is unexpectedly suspected by his company all of a sudden. “Aren’t you an imposter sneaking in with the name Todo Shinichi?” At the company, every 13-digit personal number assigned to each citizen must be registered. He is told the owner of this number is a man with the same first and last names. A complete stranger who was arrested for assaulting a woman several days ago. Shinichi ends up being ordered to stay at home as he is unidentifiable. When he consults Osanai Tamotsu, his friend from university days who works for the Ministry of Internal Affairs and Communications, he is informed that data that can prove his own existence is nowhere to be found. In order to search for clues to this baffling case, he heads to Niigata where the fake “Shinichi” is being detained. It is also the place where he spent his university days. With the help of his friends Nagasaki Haruka, Saito Hiroshi and others, Shinichi learns that his personal number was hijacked. He is the victim of an identity theft. Using the software he developed, Shinichi successfully discovers the real name and data of the fake “Shinichi”. Armed with incontrovertible evidence of identity theft, he leaves Niigata and celebrates with Osanai at his regular bar which is run by the bartender Kusaka Eiji. But at this point, no one knows about the terrifying situation that is in store for him. Is it a sheer mistake by the country? Or is it someone’s plot? Shinichi has to scramble to pin down the true identity of his invisible enemy as he endures betrayal by trusted friends, chilly stares by the people around him and a series of mysterious incidents.

Characters
Fujiwara Tatsuya as Todo Shinichi
An excellent system development researcher who works for a large computer system developer. His father passed away when he was a child and he was raised by his mother Makiko. Both his career and romance are going smoothly and he is contented. But one day, it becomes known that a man with the same name was arrested for assaulting a woman. This causes him to be set up by people and his life starts to fall apart.

Nikaido Fumi as Kuramoto Sanae
Todo Shinichi’s fiancee. She is realistic and has a very strong desire to get married. She is at the height of happiness with her impending marriage to Shinichi, who is her ideal partner. But he starts to transform after he gets involved in a baffling case and she becomes increasingly distrustful of him.

Tamayama Tetsuji as Osanai Tamotsu
Todo Shinichi’s classmate during university days who is his best friend even now. He is a career bureaucrat of the Ministry of Internal Affairs and Communications and has a strong desire to change this corrupt world. He quickly realises the Shinichi’s situation and offers a helping hand even though this will put him in a perilous position. However, another face is hidden behind this kind face.

Inoo Kei as Kusaka Eiji
The young owner and bartender of ‘KING’, the bar that Todo Shinichi frequently stops by on his way home from his company. He relaxes people with his endearing looks and gentle manner, and possesses a intriguing charm that works its way into customers’ hearts. However, his own private life is completely cloaked in mystery.

Mimura as Nagasaki Haruka
Todo Shinichi’s classmate during university days and they dated at that time. She lives in Niigata. When she hears about the situation, she goes out of her way to help him. She cheerfully encourages Shinichi, but on the other hand, she still has feelings for him.

Jinbo Satoshi as Onizuka Takao
A detective who belongs to the Tokyo Metropolitan Police Department’s Public Security Division. Many of his actions break rules and he is also often considered a nuisance by the people around him. A detective who has worked his way up, he will take whatever violent approach is necessary to arrest criminals.

Tsurumi Shingo as Saijo Shinji
The head of the largest law firm ‘Saijo’. He is a money-grubber who will accept any case if his fee is high. He is in charge of defending the “Todo Shinichi” who was arrested on suspicion of assaulting a woman, but his client is shrouded in mystery.

Kuroki Hitomi as Todo Makiko
Todo Shinichi’s kind mother who raised him by herself after her husband passed away. She used to be a nurse. However, she got involved in some incident and was forced to retire. She has strong faith in Shinichi. But at times, some suspicion can be seen in her expression.

This blog contains information and musings on current and upcoming Japanese dramas but is not intended to be comprehensive.
View all posts by jadefrost →
This entry was posted in NTV, Summer 2016 Dramas and tagged Fujiwara Tatsuya, Kuroki Hitomi, Mimura, Nikaido Fumi, Soshite Daremo Inakunatta Series, Tamayama Tetsuji. Bookmark the permalink.