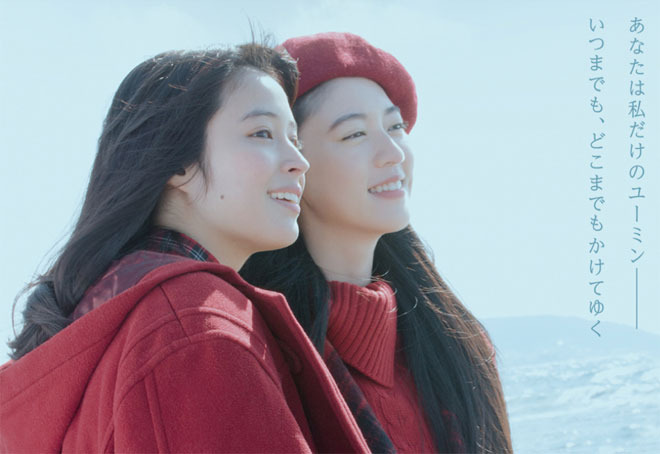 Date: From 10.00 p.m., 24 March 2016
Cast: Hirose Alice, Miyoshi Ayaka, Mamiya Shotaro, Horibe Keisuke, Sato Chikau, Kitaura Ayu, Shiina Motohiro, Kaku Chikako
Synopsis: In the late 1980s during Japan’s bubble boom, the Gender Equality in Employment Act went into effect. It was a turning point in Japanese women’s way of life. University student Yamada Maruko (Hirose Alice) is a big fan of singer-songwriter Arai Yumi, nicknamed Yuming. She yearns for the lifestyle described in Yuming’s song ‘Hikoukigumo’ and sets her sights on getting a job at a publishing company. However, Maruko’s job hunt is not going well and she has been dumped by the guy she was dating. Just when Maruko is feeling depressed, she meets a sophisticated girl Yuki Mao (Miyoshi Ayaka), who seems as if she has stepped out from Yuming’s song. Mao positively derives pleasure with a lifestyle of not having to flatter men. Although Maruko identifies with her, she eventually chooses an independent way of life as a female. What does the song Hikoukigumo mean to the two of them?
Official Website: www4.nhk.or.jp/P3893

This blog contains information and musings on current and upcoming Japanese dramas but is not intended to be comprehensive.
View all posts by jadefrost →
This entry was posted in NHK, Winter 2016 Drama Specials and tagged Hikoukigumo, Hirose Alice. Bookmark the permalink.