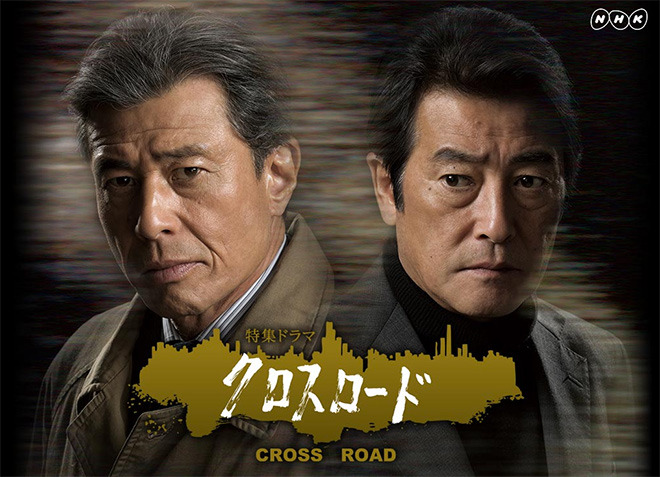 Story
58-year-old Ozeki Tatsuro works for the Police Affairs Department of Ome Chuo Police Precinct in Tokyo. He saves Tomomi who has been attacked by a stalker in front of a train station. But instead of being grateful, Tomomi’s family blames him. Meanwhile, a skeleton is discovered within the precinct’s jurisdiction. The police chief Tonomura Takahiro and the director Kaitani Yozo establish an investigation task force. Journalist Itagaki Kohei, who works for a local newspaper, visits Ome Chuo Police Precinct to cover the case of the skeleton and happens to meet Ozeki. 25 years ago, Ozeki was an elite detective of the Tokyo Metropolitan Police Department and in charge of a certain case. Itagaki, who was at the centre of a large newspaper’s local news desk at the time, disclosed Ozeki’s investigation because of his sense of responsibility. As a consequence, that case was deemed a wrongful arrest in court. Ozeki was demoted while Itagaki displayed the spirit of journalism. However, Itagaki got on the wrong side and was resented by politicians and big corporations because of that. The reunion of these two men who are about to enter the last stage of their working lives, sparks an outpouring of their long-standing feelings … …

Characters
Tachi Hiroshi as Ozeki Tatsuro
A former elite detective of the Tokyo Metropolitan Police Department. 25 years ago, he left the front line because of some incident. He now works in the Police Affairs Department of Ome Chuo Police Precinct. His wife passed away 17 years ago and he has been living alone in Myogadani.

Kanda Masaki as Itagaki Kohei
A former ace journalist for a large newspaper. He is now with the local newspaper Tamatama Shimbun. He has a wife and two children, but he is estranged from his children.

Kitano Kii as Itagaki Izumi
Itagaki Kohei’s daughter. She is an actress with a small theatre and works part-time at a club at night. She hates her father and keeps her distance from home.

Nakamura Tamao as Nonoyama Tokue
The owner of Tamatama Shimbun. She is a native of Kyoto and her personality is such that she speaks her mind about things that she cares about. However, she leaves the actual editorial work to Itagaki Kohei.

Takashima Reiko as Itagaki Kyoko
Itagaki Kohei’s wife. She cleans part-time at a hospital. She mediates between her husband and their two children.

Nishimura Masahiko as Kaitani Yozo
A police inspector of the Tokyo Metropolitan Police Department’s First Investigative Division. He is the director of the investigation task force in charge of the skeleton case.

Hiraizumi Sei as Kido Shogo
Ozeki Tatsuro’s father-in-law. This year is the 17th anniversary of the death of Tatsuro’s wife and his daughter, Sachiko. He has become Tatsuro’s confidant.

This blog contains information and musings on current and upcoming Japanese dramas but is not intended to be comprehensive.
View all posts by jadefrost →
This entry was posted in NHK, Winter 2016 Dramas and tagged Crossroad Series, Hiraizumi Sei, Kitano Kii, Ono Takehiko, Tachi Hiroshi, Takashima Reiko. Bookmark the permalink.