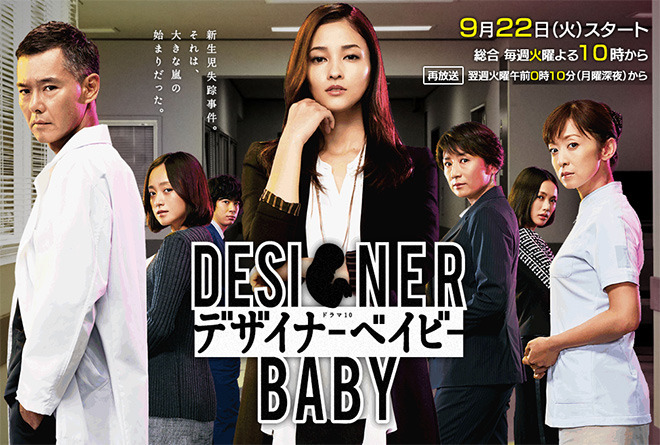 Story
One day, Nozomi, the newborn daughter of Chikamori Hiroshi, who has a PhD in physical engineering and is described as a candidate for a Nobel Prize, and his wife Yuko, a former top track and field athlete, is kidnapped from Jonan University Hospital. She is just one week old and if she is not given water every three hours, her life will be in danger. Why was Nozomi taken? Detective Hayami Yuri of the First Investigative Division’s Special Team, who is in her eighth month of pregnancy, is suddenly summoned by Assistant Inspector Himura Kengo, and ordered to observe the baby’s mother as well as to conduct an undercover investigation of the maternity ward. Posing as a couple with a younger detective, Dobashi Fukusuke, Yuri infiltrates the place and sheds light on the interpersonal relationships within the hospital. She turns suspicious eyes on Susami Seijiro, a gynaecologist without an alibi at the time of the crime. Why did he get a phone call from the kidnapper demanding a ransom? What seems to be the kidnapping of a famous couple’s baby for ransom, changes as the investigation progresses and Yuri finds out a shocking truth.

Characters
Kuroki Meisa as Hayami Yuri
A detective with the First Investigative Division’s Special Team at the Tokyo Metropolitan Police Department. She is eight months pregnant and has been transferred to the General Affairs Division, but a newborn baby is kidnapped and she returns to the frontline because her investigation ability is appreciated. She wants to treasure the time with her husband, Kosuke, and his adolescent child from a previous marriage. But when she goes out into the field, she ends up getting roused into action.

Watabe Atsuro as Susami Seijiro
A professor of Jonan University Hospital’s Department of Obstetrics and Gynaecology. An expert in childbirth, he specialises in perinatal medicine. He has doubts about the hospital’s approach of stepping up reproductive treatment and having little regard for childbirth. He cannot leave Hayami Yuri alone as a pregnant woman more than a detective, and unintentionally says nasty things to her.

Adachi Yumi as Chikamori Yuko
The mother of the kidnapped newborn baby, Nozomi. A former top track and field athlete who achieved spectacular success. She lavishes her son Arata with obsessive love.

Ikeuchi Mansaku as Chikamori Hiroshi
A genius with a PhD in physical engineering. His daughter Nozomi is kidnapped. He and his wife Yuko have some secret.

Saito Yuki as Yamahara Akemi
A Jonan University Hospital’s Department of Obstetrics and Gynaecology. She is an embryologist who specialises in artificial insemination. Because of her extraordinary skills, she plays a central role in the Total Care Project which focuses on fertility treatment. She is one of the few females in the hospital whom Hayami Yuri lets down her guard with.

Usuda Asami as Ariyoshi Kumi
The secretary of the director of Jonan University Hospital. She is a competent secretary who even supports the hospital director even in the kidnapping case. However, she has an undeniably bad luck with men.

Matsushita Yuki as Yonaguni Reiko
The director of the Tokyo Metropolitan Police Department’s First Investigative Division. An elite police officer who heads up the case. She aims to be the first female chief. She devotes herself to work and believes it is difficult for a female to work while raising children. She treats Hayami Yuri harshly at times.

Watanabe Daichi as Dobashi Fukusuke
A new detective with the First Investigative Division’s Special Team at the Tokyo Metropolitan Police Department. He infiltrates Jonan University Hospital’s Department of Obstetrics and Gynaecology as Hayami Yuri’s husband. Because it is his first time involved in a kidnapping case on the team, there are times when he goes around in circles, but he forges ahead with pride.

This blog contains information and musings on current and upcoming Japanese dramas but is not intended to be comprehensive.
View all posts by jadefrost →
This entry was posted in Fall 2015 Dramas, NHK and tagged Adachi Yumi, Designer Baby, Usuda Asami, Watabe Atsuro. Bookmark the permalink.