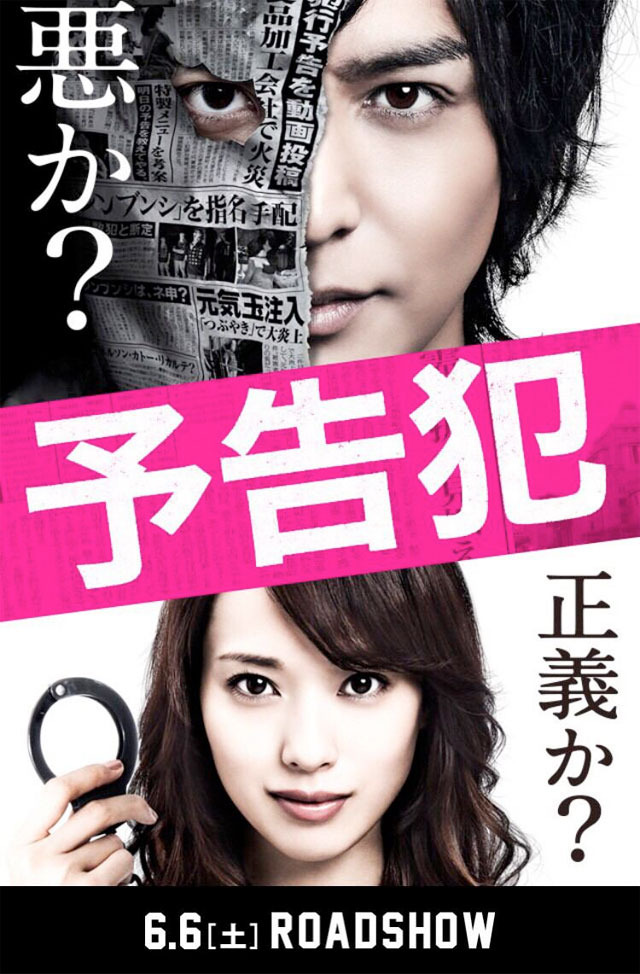 Story
Criminals are evil. Police are justice. So what is Shinbunshi? What purpose and for whose sake are they repeatedly carrying out these video previews and trials? The case begins abruptly. A man identifying himself as Shinbunshi starts appearing in videos posted on the internet in a T-shirt with a hood made from newspaper covering his head. He exposes people who have committed crimes that cannot be brought to justice by the law or slip through the cracks. And then takes the law into his own hands. To a food processing company which caused a mass outbreak of food poisoning but did not show sincerity, Shinbunshi warns that it will be set ablaze. “We will cook these people who do not even know how to handle food thoroughly.” Yoshino Erika, an investigator with the Tokyo Metropolitan Police Department’s Cybercrime Division which cracks down on internet crime, sets out to investigate the mysterious Shinbunshi. However, a fire occurs at the food processing company just as he had warned. Erika realises that Shinbunshi is not a lone criminal, but several criminals. Even so, video previews and trials are repeatedly posted by Shinbunshi as if to mock her. Mysterious words “Nelson”, “Kato”, “Ricarte” are left at the scene where the video previews were transmitted. Before long, copycat criminals who worship him as a god even emerge and the media coverage goes into overdrive. Finally, Shinbunshi warns of the murder of a politician and starts develop into a social phenomenon. What is their true objective for inciting this murder? Yoshino finds a lead to crack the case in their hidden past but a shocking ending that will shake the internet world awaits … …

This blog contains information and musings on current and upcoming Japanese dramas but is not intended to be comprehensive.
View all posts by jadefrost →
This entry was posted in Movies and tagged Hamada Gaku, Ikuta Toma, Kohinata Fumiyo, Kubota Masataka, Suzuki Ryohei, Tanaka Kei, Toda Erika, Yokokuhan. Bookmark the permalink.