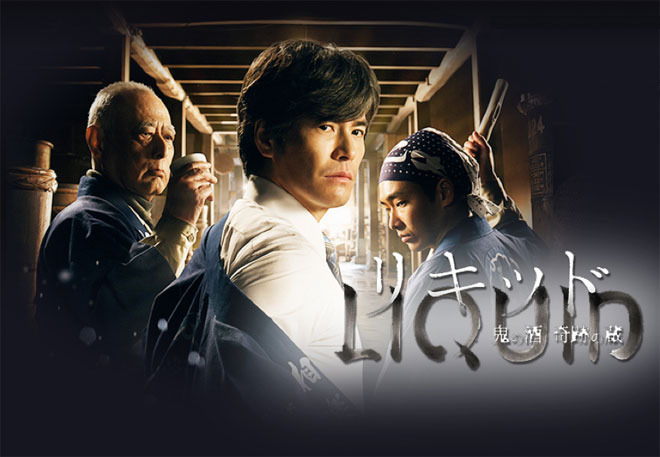 Story
Sagara Sake Brewing is a small sake brewery of long standing in the outskirts of Kanazawa. The owner’s only son Sagara Shuichi, was born as the third generation, but he refused to take over the family business and became a banker in Tokyo. As an elite banker, Shuichi has been wrapped up in work and pays no notice to his family. Losing patience with him, his wife, Machiko, takes their daughter and leaves home. In addition, Shuichi loses a factional fight within the bank and is notified that he will be demoted. As he finds himself in a tough spot, he receives a phone call with the news that his mother in Kanazawa has collapsed. Shuichi’s mother, Yoshie, tells him on her deathbed to shut the storehouse. Sagara Sake Brewing Co. produces on a small scale and the storehouse was where the Yukiotome brand of sake had been carefully brewed. But it has run into financial difficulties since the death of his father five years ago. After his mother passes away, an incident triggers Shuichi’s recollection of himself when he was a child. At that time, the storehouse was lively, and above all, filled with everybody’s laughter. Shuichi had never intended to inherit the family business from the time he was a child. Even so, this was fine with his father who told him, “Make a career of what you want to become. But do not forget this storehouse.” A storehouse that can no longer brew sake is dead. And the signs of life there have also vanished … … Realising this, Shuichi, who had once tried to shut the storehouse, returns to Kanazawa and decides to take over the family business. Grasping at straws, he relies on the legendary master brewer, Washio Yusaku, who has earned the nickname “sake brewing fiend”. Yusaku had worked for Washio Sake Brewing, a large sake brewery in Hokuriku, for more than 30 years, but left because of a conflict of opinion with the company president of the day, Washio Katsuhisa. Shuichi visits Yusaku and implores him to become Sagara Sake Brewing’s brewer. Although Yusaku keeps turning him down, the “sake brewing fiend” still dwells in him. Wanting to try to create his own ideal sake that he could not brew at Washio Sake Brewing, he decides to take a chance on the last moments of his life with the man standing before him. However, the brewers gathered at Sagara Sake Brewing are mostly strangers to sake making. Furthermore, these are men and women who have lost their places to go for their own reasons, and have moved in with the sake brewery. They include Shuichi’s cousin, Sagara Naoki; a former sommelier, Shimizu Maika; one-time delinquent Tajima Naotaro; and a homeless man, Suzuhara Yoji. In the middle of preparing the daiginjo sake on which the fate of the sake brewery rests in early autumn, an unusual and unpredicted change takes place before their eyes. Will the sake brewery be turned around when the drops of liquid of their quest flow?

This blog contains information and musings on current and upcoming Japanese dramas but is not intended to be comprehensive.
View all posts by jadefrost →
This entry was posted in NHK, Spring 2015 Dramas and tagged Emoto Tasuku, Ishibashi Renji, Ito Hideaki, Liquid. Bookmark the permalink.