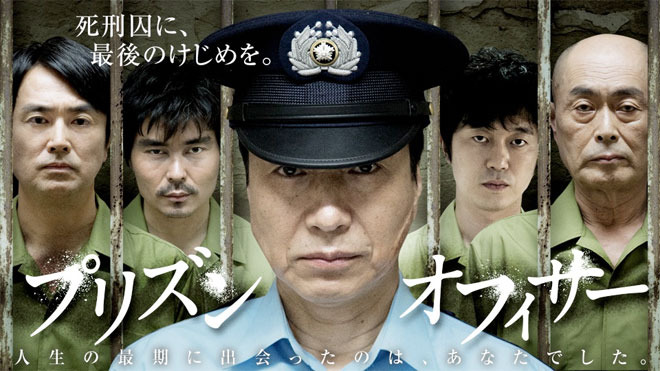 Broadcast
From 1 February 2015 (updated on Wednesdays)

Story
There is a “Special Zone”, which is unusual nationwide, in the Kanto Chuo Prison where criminals on death row are held together with criminals who have committed robbery, arson and murder. Taira Bonta, a senior prison officer, is a serious, timid regular guy. He is steady in his work, but is bullied by the prisoners at every turn. He is terror-stricken. However, he only thinks of leading a peaceful life. One day, a man who looks familiar, is locked up in Room 49, a solitary confinement cell for the use of death row inmates. He is the man who murdered Taira’s younger sister, Takako, and made it look like an accident six years ago … … Kato Takanori, his former brother-in-law. Kato’s unapologetic and insolent attitude angers Taira. This anger reaches a boil and something unusual happens to him. Taira is possessed by the spirit of a man called the God of Evildoing, who died 40 years ago. He goes up against the death row inmates for justice, and starts to wage a battle beyond his duty as a prison officer.

This blog contains information and musings on current and upcoming Japanese dramas but is not intended to be comprehensive.
View all posts by jadefrost →
This entry was posted in dTV, Winter 2015 Dramas and tagged Ibu Masato, Ishiguro Ken, Kohinata Fumiyo, Ozawa Yukiyoshi, Prison Officer. Bookmark the permalink.