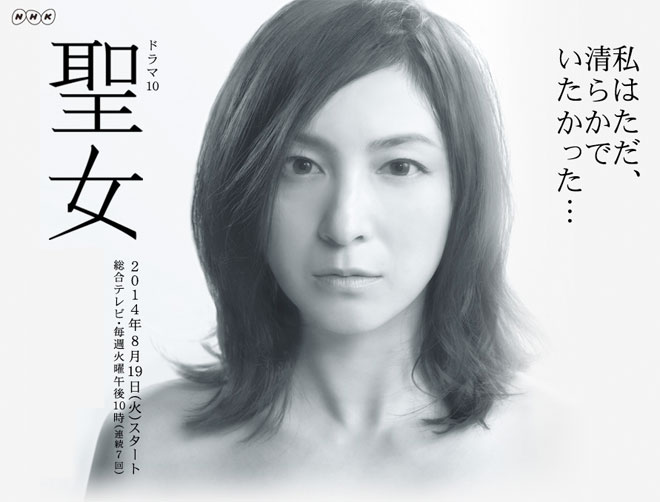 Story
When Nakamura Haruki was a high school student, he was attracted to his private tutor Ozawa Maria, who was then a university student. However, Maria left him with this last message, “I’ll be your girlfriend after you qualify for university and become an adult” and suddenly disappeared from his life. Haruki still dreams of her sometimes. Even now. 10 years later. He has graduated from Tokyo University, got engaged to a nurse Motomiya Izumi and become a lawyer. One day, the law firm Haruki works for unexpectedly gets a request to represent a woman called Hijii Motoko, a suspect in a serial fraud and murder case that has stoked public fears. Haruki is shocked to see Motoko’s strong resemblance to his own private tutor Ozawa Maria who suddenly disappeared 10 years ago, but doubts that she is the same person. Then Motoko dismisses her defence team just before the trial. Haruki’s boss, Maehara Mitsuo, declares themselves her defence team and brings Haruki to visit her in prison. And so, Haruki and Motoko meet. This is a reunion that is meant to be. Haruki who has learnt that Motoko is Maria, is put in charge of her defence. The fictitious name Maria, her dark past and history of men are disclosed in the trial. Even so, Haruki tries to believe in her, but things start to take an unforeseen turn with the appearance of an unexpected witness … …

Characters
Hirosue Ryoko as Hijii Motoko (Ozawa Maria)
A suspect in a series of murders and attempted murders who uses the name Ozawa Maria. Her real name is Hijii Motoko. She claims to be an art coordinator, but actually makes a living by dating the men who sponsor her. She has a unique perspective of love. However, only the memories of the pure and passionate love she had with the high school student Nakamura Haruki one summer 10 years ago are embedded in her mind. She was Nakamura Haruki’s private tutor when he was in high school, but suddenly disappeared one day.

Nagayama Kento as Nakamura Haruki
A rookie lawyer. He fell in love with his private tutor Ozawa Maria when he was in high school, but got a shock after her sudden disappearance. 10 years later, around the time he has become a lawyer and started to consider marriage to his girlfriend Motomiya Izumi, Maria suddenly turns up before him as the serial murder suspect Hijii Motoko and he is put in charge of her defence. Although he has a fiancee, his old feelings are rekindled during the trial.

Renbutsu Misako as Motomiya Izumi
Nakamura Haruki’s fiancee. A nurse who works for a general hospital. She cheerfully supports Haruki, but feels insecure when he gets completely absorbed in Hijii Motoko’s case. She learns that one of the patients in her charge is in a coma because of Motoko, she is troubled.

Aoyagi Sho as Nakamura Katsuki
Nakamura Haruki’s older brother. He was once an elite Tokyo University student, but feels inferior to his younger brother after failing to find employment and withdraws from society. He begins to have unexpected concern for the trial which is going to Hijii Motoko’s advantage.

Tabata Tomoko as Kurosaka Kyoko
Nakamura Haruki’s senior and ace lawyer at the law firm, Maehara. She enjoys the confidence of the boss Maehara Mitsuo and is the firm’s biggest earner. She is critical of Hijii Motoko’s lifestyle, but does her best to get a ‘not guilt’ verdict because she and Haruki have taken on the case.

Kishibe Ittoku as Maehara Mitsuo
Nakamura Haruki’s boss and head of the law firm, Maehara. He is easy-going and inscrutable, but is actually ambitious and has a sharp mind. He has a cool attitude regarding defence. He volunteers to take the serial murder case which has created a sensation. Even though he knows about Haruki’s relationship with Hijii Motoko, he lets him be in charge of her case. He is strict with Haruki, but a part of him approves of Haruki.

Ando Tamae as Hijii Masae
Hijii Motoko’s mother. She engaged in prostitution and brought up Motoko in poverty, but kept telling her daughter to stand tall.

Click here to see photos from the press conference.

This blog contains information and musings on current and upcoming Japanese dramas but is not intended to be comprehensive.
View all posts by jadefrost →
This entry was posted in NHK, Summer 2014 Dramas and tagged Hirosue Ryoko, Kishibe Ittoku, Nagayama Kento, Renbutsu Misako, Seijo, Tabata Tomoko. Bookmark the permalink.