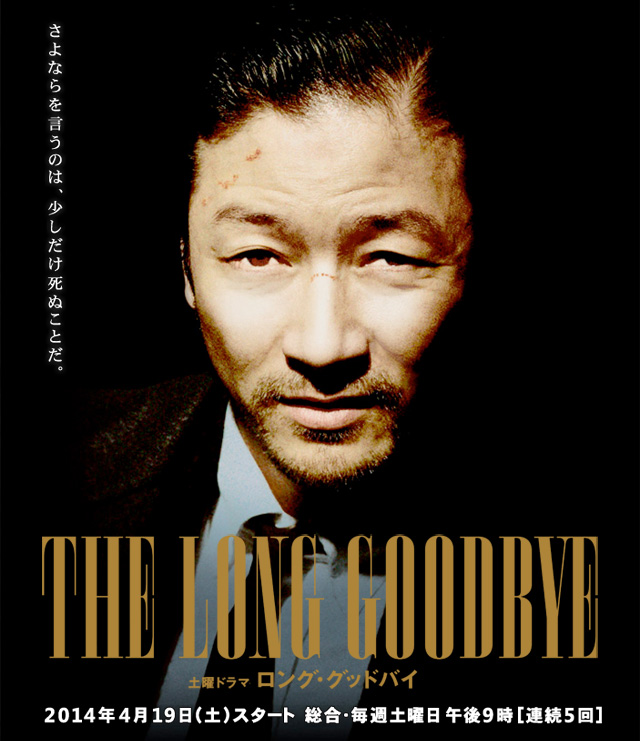 Story
One rainy night in 1956, private investigator Masuzawa Banji comes to the rescue of actress Shizuka’s drunken husband Harada Tamotsu who has collapsed. Tamotsu regains consciousness at Banji’s office. He initially talks in a servile manner, but soon opens up to Banji and would visit his office frequently. The two men become buddies who would catch up over drinks at a bar. One night, Tamotsu appears at Banji’s office with a pistol in his hand. Doing as he is told, Banji sends Tamotsu to the harbour where a ship is leaving for Taiwan. The next day, Banji is taken away by the police. Tamotsu is suspected of murdering his wife Shizuka, and Banji of aiding Tamotsu’s escape. He undergoes a rough interrogation … … Meanwhile, Tamotsu has escaped to Taiwan where he commits suicide. Banji has doubts about his death, but the case is hushed up by media mogul Harada Heizo. After that, Banji gets involved with the Haradas neighbours in another case and finally arrives at the rare beauty Aiko who holds the key to the heart of the case. The case appears to be settled, but … …

Characters
Asano Tadanobu as Masuzawa Banji
A private investigator. He has an office in a building for secondhand cars. Because he let his good friend Harada Tamotsu, who was suspected of killing his wife, get away, he ends up fighting against a big darkness involving the media mogul Harada Heizo who is planning to go into politics.

Ayano Go as Harada Tamotsu
The husband of the murdered scandal-tainted actress Harada Shizuka. He makes the acquaintance of Masuzawa Banji and they build a strange friendship. He escapes to Taiwan and commits suicide there.

Koyuki as Kamiido Aiko
The wife of the novelist Kamiido Joji. She trusts Masuzawa Banji and seeks help to search for her husband who has gone missing. But she is hiding something. She is a beauty at the heart of the case.

Furuta Arata as Kamiido Joji
A bestselling writer who gets addicted to alcohol and medication because of some incident. He does not flatter powerful or influential people, and speaks freely.

Tominaga Ai as Takamura Yoshino
The older sister of the murdered Harada Shizuka. She gets close to Masuzawa Banji who knows about the case.

Ota Rina as Harada Shizuka
The second daughter of the wealthy Harada Heizo. Although she was the best actress of her generation, she was murdered in her own bedroom.

Horibe Keisuke as Dr Takamura
The husband of Takamura Yoshino and son-in-law of Harada Heizo. He is also Kamiido Aiko’s doctor.

Emoto Akira as Harada Heizo
An great industrialist who has several newspaper publishing companies, publishing houses and even a TV station. He hushes up the case of his daughter Shizuka even though she was murdered, and shows nonchalance. He plans to enter politics.

This blog contains information and musings on current and upcoming Japanese dramas but is not intended to be comprehensive.
View all posts by jadefrost →
This entry was posted in NHK, Spring 2014 Dramas and tagged Asano Tadanobu, Ayano Go, Emoto Akira, Furuta Arata, Koyuki, The Long Goodbye. Bookmark the permalink.