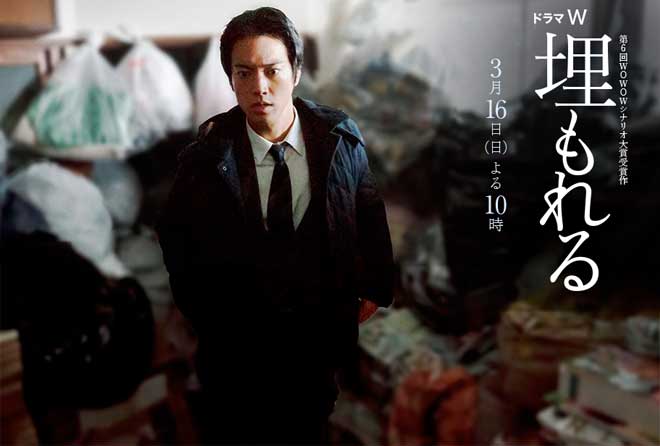 Date: From 10.00 p.m., 16 March 2014
Cast: Kiritani Kenta, Kuninaka Ryoko, Mizuhashi Kenji, Ochiai Motoki, Ito Ayumi, Otomo Kohei, Saiki Shigeru, Midori Mako, Kataoka Reiko, Kanai Yuta, Hyuga Joe, Yashiba Toshihiro, Kinoshita Houka, Hino Yojin
Synopsis: Kitami Toru (Kiritani Kenta), who has been working at the large food company, Kanemaru Foods, is forced to resign because he blew the whistle on its deception of production regions to a freelance writer, Sawada Naoki (Yashiba Toshihiro). He did this out of a sense of righteousness with consumers in mind. But as a result, this messed up the lives of fellow colleagues including Takahashi Koichi (Kanai Yuta). Kitami’s wife Yuka (Ito Ayumi) also divorced him and took custody of their young daughter Mai (Yoshimura Miki) since he was willing to even sacrifice the family to blow the whistle. A heartbroken Kitami returns to his hometown and starts work as part-time staff at the city hall. However, there is collusion and dishonesty within the city hall centred around powerful mayor Nakajima Shigeki (Otomo Kohei). One day, Kitami heads over to the house of an old lady called Kumazawa Kayoko (Midori Mako) on the orders of his boss and former classmate, Kato Minoru (Mizuhashi Kenji). Kayoko’s house is overflowing with garbage from hoarding and is considered a problem. Although Kitami is ignored by Kayoko who shuns contact with other people, her neighbour turns out to be his first love from junior high school days, Asao Yoko (Kuninaka Ryoko). Yoko is a single mother with a 13-year-old son, but Kitami finds relief through their repeated interactions. He attempts to resolve the situation through sincerity with the lonely Kayoko. However, the city hall tries to pursue the subject of her forced removal from the house.
Official Website: www.wowow.co.jp/dramaw/umoreru

This blog contains information and musings on current and upcoming Japanese dramas but is not intended to be comprehensive.
View all posts by jadefrost →
This entry was posted in Winter 2014 Drama Specials, WOWOW and tagged Ito Ayumi, Kiritani Kenta, Scenario Grand Prix, Umoreru. Bookmark the permalink.