Drama Digest #11 Racing Against Time, Out of League? 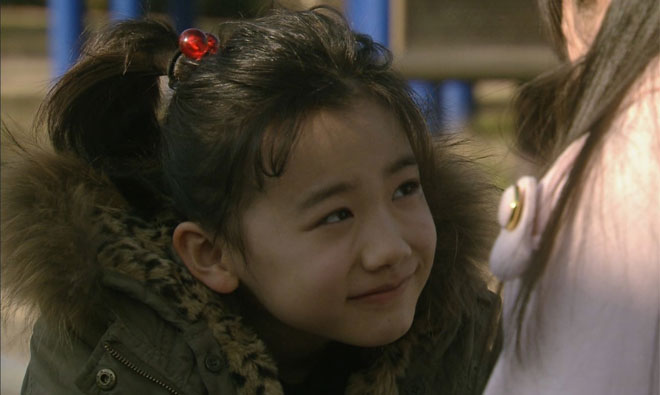 Why Ashita, Mama ga Inai cannot be discontinued … Actress Matsushima Nanako was apparently scheduled to star in NTV’s Wednesday 10 pm drama this winter season. It would have been a reunion of the Kaseifu no Mita team (scriptwriter and production company) in a drama reportedly called Mita Again. Even the details of the anticipated drama and the majority of the cast had been confirmed. However, things were thrown into chaos when Matsushima pulled out at the last minute just before the start of filming in December with the claim that she was busy with her second daughter’s exams. Some media watchers were not convinced that Matsushima would sacrifice the drama for such a reason and attributed it to a recent ruling by the Tokyo District Court which ordered her to compensate the management company of their apartment building over troubles relating to the family’s pet doberman. As a result, Ashita, Mama ga Inai which was originally slated for the spring season was brought forward. According to some industry insiders, Ashida Mana has the full support of the chairman of Burning Productions, who is the “don” of the entertainment industry, so the network has to be careful not to hurt her activities in show business. Besides Ashida, the other main child actor(s) are all from major talent agencies. “There is already a big ‘debt’ to each agency. They cannot afford to terminate it.”

Tight filming conditions on the set of Ashita, Mama ga Inai … Because Ashita, Mama ga Inai is a substitute drama, the preparatory period has been shorter than a regular drama. In addition, internal checks have become strict due to the uproar after the broadcast of episode 1 and revisions also have to be made. A television magazine reporter said that contrary to reports that changes would not be possible because the filming for episode 7 had already wrapped up when episode 1 went on air, in actual fact, filming for each episode was completed 10 days before broadcast. On 17 January, the guest star for episode 3 Yuki Mio was sighted filming on location in Wako with Ashida Mana. Someone familiar with drama production commented that NTV has many productions with tight schedules compared to other networks. Even so, such last minute proceedings have never been heard of. Filming for the first episode usually starts about five weeks ahead while filming for the last episode would end 10 days to two weeks ahead. However, in the case of Ashita, Mama ga Inai, filming not only began late but can only be done after school and on Saturdays although not at night because the main cast are child stars and it is the school term now.

Dan Rei gets severe criticism for her acting … Dan Rei, the lead actress in Fuji TV’s Fukuie Keibuho no Aisatsu, has found herself getting flak from viewers who say she was miscast in the leading role of Inspector Fukuie. She does not suit the part and the heroine has no appeal. The production bills itself as a “never-before-seen detective drama”, but it is nothing new. Viewers have even called it a rip-off of TV Asahi’s Aibou and referred to Inspector Fukuie as the female version of Mizutani Yutaka’s Sugishita Ukyo because the similarities between the characters. In each episode, the crime is first depicted from the criminal’s perspective, and then the details of the crime are exposed by Inspector Fukuie. A TV magazine writer commented that the genre told in reverse chronological order would be tedious if the lead character does not have the presence of a formidable actor like Tamura Masakazu in Furuhata Ninzaburo and it might have been asking too much of Dan who is starring in her first leading role. Despite the high output of detective dramas, the number of such productions have shrunken in the history of Japanese dramas.

This blog contains information and musings on current and upcoming Japanese dramas but is not intended to be comprehensive.
View all posts by jadefrost →
This entry was posted in Drama Digest, Winter 2014 Dramas and tagged Ashida Mana, Ashita Mama ga Inai, Fukuie Keibuho no Aisatsu, Matsushima Nanako. Bookmark the permalink.