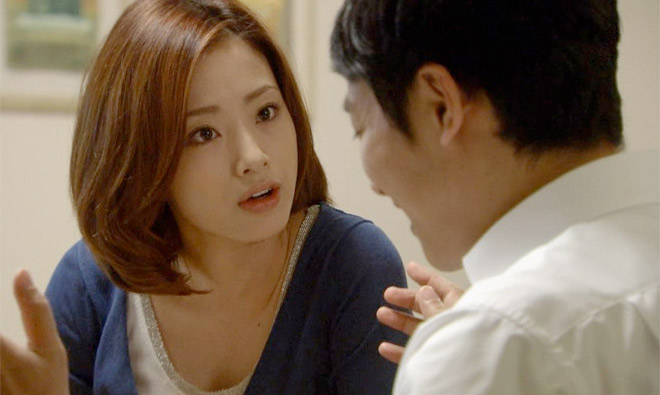 Mizuki Arisa’s new drama draws flak before broadcast … Yoru no Sensei, which will air on TBS in January, marks the 23rd consecutive year that Mizuki is the lead actress in a drama production. However, there have been rumblings of discontent from netizens who point out that it is a rehash of NTV’s 2011 drama Misaki Number One. The main character Tennoji Misaki was a Roppongi club hostess who became a high school teacher. She was also the passionate sort. Not a coincidence? The internet is rife with criticisms calling Yoru no Sensei a sequel to Misaki Number One, something they have already seen before, and a certain candidate for single digit TV ratings. Even so, an industry insider says it is hard to imagine that Mizuki would disappear from the entertainment scene at present because she has a big backer who is called the don of the entertainment world.

Ueto Aya’s Hanzawa Naoki confession … In an upcoming interview with the magazine CREA about life-changing productions, Ueto Aya confesses that she had intended to reject the role of Hana in Hanzawa Naoki. Talking about her insecurities, she reveals at that time she kept thinking about unnecessary things such as whether she and Sakai Masato would look like a married couple. But when she looks back on the drama now that it is over, she says she dislikes herself for even having a moment’s hesitation about working with the director, and had a very happy time on the set. As we all know, Hanzawa Naoki went on to hit an all-time high of 42.2% in viewership ratings for this century and Ueto got to bask in the success of the drama despite being a very weak link. While the character Hana was given too much screen time, it was ultimately Ueto’s portrayal that failed to connect and to resonate. All I can remember of Hana’s interactions with Hanzawa right now are her smacks at him each time she wanted to make a point.

Ando Lloyd Official Book goes on sale … The Ando Lloyd Official Book containing interviews with the cast and production crew was released in early December. Kimura Takuya appears to have understood before filming for the drama began that it would polarise viewers. He is quoted saying that Ando Lloyd is not like popular music that would go down well with anyone, and yet there would also be those receptive to a world view that is beyond comprehension. Anime director Tsurumaki Kazuya, who participated in the drama’s concept and setting along with fellow anime director Anno Hideaki of Neon Genesis Evangelion fame, commented that because the imagery initially portrayed by producer Ueda Hiroki was too close to that of Terminator, and the sound when Lloyd booted up was too retro, the view of the world had to be changed. However, Anno is conspicuously missing from the interviews in the official book, leading to rumours in the industry that he was not inclined to do Ando Lloyd from the start.

This blog contains information and musings on current and upcoming Japanese dramas but is not intended to be comprehensive.
View all posts by jadefrost →
This entry was posted in Drama Digest, Winter 2014 Dramas and tagged Ando Lloyd, Hanzawa Naoki, Kimura Takuya, Mizuki Arisa, Yoru no Sensei. Bookmark the permalink.