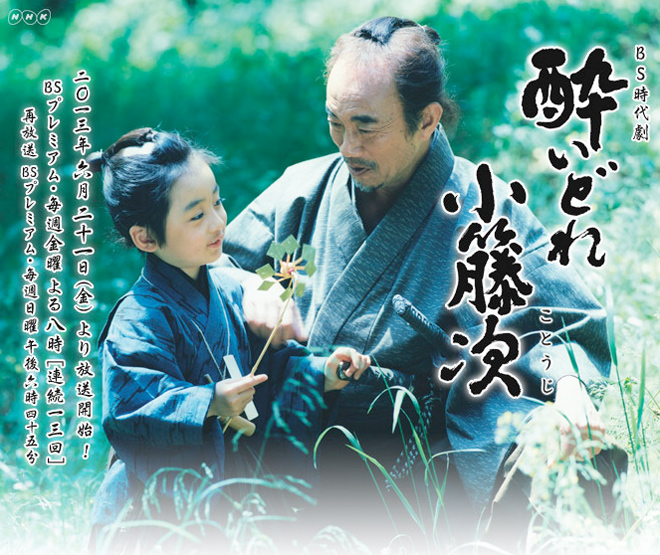 Story
Akame Kotoji became a wandering samurai in order to avenge his lord and the uproar over the stolen lances, settles down at a tenement house in Edo that Kujiya Shouemon owns with the intention of spending the rest of his days quietly. However, Tajiri Tojiro the chief retainer of the Mitsushima family, one of the domains that fell victim to Akame, hates Akame because the family was humiliated by the lance incident, and is bent on revenge. A wandering samurai Sudo Heihachiro is sent in as the assassin. Meanwhile, Akame is introduced to the lady-in-waiting Oryo, a lady-in-waiting at the mansion of the Mizushima family, by Shouemon. She serves the captain of the military guards, Mizuno Kenmotsu. Akame is consulted about something but rejects her. However, in the end, he decides to take up his sword again. Believing Tajiri’s words that he will be employed as the Mitsushima domain’s fencing instructor if he defeats Akame, Sudo carries his infant son to attack Akame. At the end of the fierce fight, Akame beats Sudo but does not know what to do with the baby boy left behind. He is helped by the residents at the tenement house. Oryo, who intends to gain her own independence as a poet, supports a dispirited Akame. The two of them gradually become close. While Akame deals with love and child rearing for the first time in his life, he begins to find meaning in life.

Characters
Takenaka Naoto as Akame Kotoji
He used to be a low-ranking samurai of the Kuju domain’s Narushima family, but left the domain and created a furore over lances in order to avenge his lord. After that, he becomes a wandering samura living in a tenement house, and fights against various bad deeds rampant in Edo. He is a master swordsman and also a heavy drinker.

Higa Manami as Oryo
A lady-in-waiting at the mansion of the Mizushima family whom the captain of the military guards Mizuno Kenmotsu relies on. She is the niece of the scholar Kitagawa Kiharu, and also has an interest in classic Japanese poetry. Akame rescues her from a predicament with her master Mizuno, and she finds herself gradually in love with Akame.

Kamiji Yusuke as Sudo Heihachiro
A wandering samurai who has for some reason come from Suruga to Edo with his child. He wishes to raise his infant son to be a fine samurai. He becomes an assassin in order to be engaged as a fencing instructor and ends up targeting Akame Kotoji’s life.

Honda Hirotaro as Tajiri Tojiro
The uncle and guardian of the young lord of the Ushizu domain’s Mitsushima family. The mastermind who defies the domain’s official position not to take account of the lance incident and uses trusted retainers in an attempt to eliminate Akame Kotoji.

Onodera Akira as Mizumachi Kurodo
The Edo chief retainer of the Ushizu domain’s Mitsushima family. Although he was made to experience a bitter ordeal due to Akame Kotoji’s theft of the family’s lance, he actually has a high regard for Akame’s personality. He fiercely opposes Taijiri Tojiro who plans to kill of Akame.

Tsugawa Masahiko as Kujiya Shouemon
The proprietor of a large paper merchant at Edo’s Shibaguchibashi. He is always attentive to others such as Akame Kotoji who saved his life, and he repaid him by providing housing. His son and daughter-in-law died early and he frets about the of his granddaughter Oyae.

This blog contains information and musings on current and upcoming Japanese dramas but is not intended to be comprehensive.
View all posts by jadefrost →
This entry was posted in NHK, Summer 2013 Dramas. Bookmark the permalink.