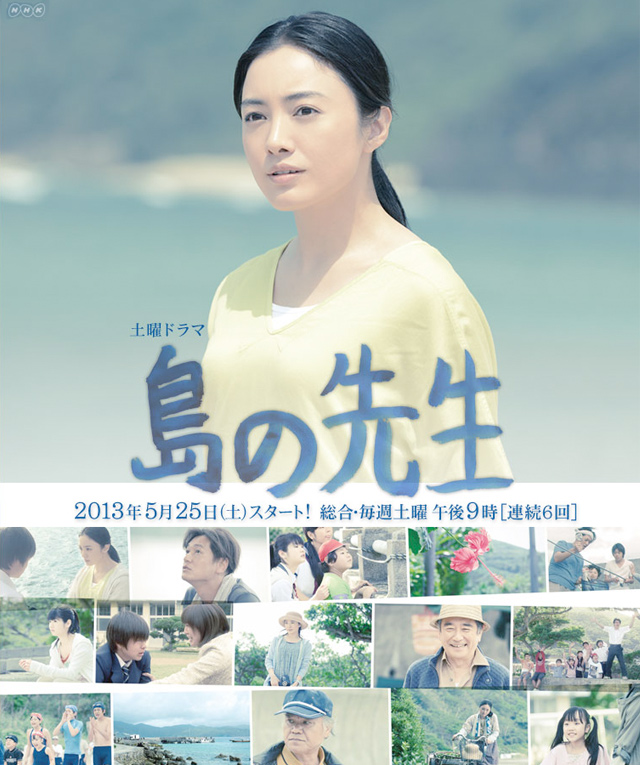 Story
Children and students all over the country with various problems in urban schools come to study at a small elementary and middle school on the remote island of Mitakarajima. The school’s teacher Natsumura Chihiro also experienced life on this island during her junior high school years when she was anguished over her relationship with her biological mother. She and the children live communally with the host family, the Tajimas, while she teaches at school each day. In the city, the children are troubled by bullying and truancy but at this school with ten odd students, they take centre stage every day no matter what they do. The islanders have been welcoming exchange students from the city for a long time. However, the acceptance of new children causes the issue of Mitakarajima’s seclusion to come to the fore. Chihiro’s own personal problems of child abuse and abandonment also gradually comes to light. One day, Suzuki Yuya and his mother Hanae arrive from Tokyo wishing to study at Mitakarajima. Chihiro notices that his problem is his mother’s influence. In the midst of this, Yuya goes missing from school. Chihiro desperately searches the island and finds him about to jump into the sea from a cliff … …

Characters
Nakama Yukie as Natsumura Chihiro
A teacher at Mitakara Elementary and Junior High School. She is divorced and has a daughter whom her ex-husband has custody of. Her relationship with her mother was a source of anguish during her childhood and she spent junior high school studying at Mitakarajima. The island gave her a chance to overcome her past. She came back to Mitakarajima last year after close to 20 years. Although she has big personal problems, she is straightforward with the children.

Ishizaka Koji as Tajima Bunzo
One of Mitakarajima’s foster parents. He has continued to receive and send off children every year since he took Natsumura Chihiro into his care 20 years ago. He understands Chihiro very well and faces her head-on.

Iura Arata as Tajima Akiyoshi
Tajima Bunzo’s son. Called big brother by the students of Mitakara Elementary and Junior High School who admire him. Although he was born and grew up on the island, he has an inferiority complex about that and attempts to start an internet business. He has doubts about the work of a foster parent and tries to use his wife’s impending childbirth to get his father to quit.

Aoyama Noriko as Tajima Namiko
Tajima Akiyoshi’s wife. She looks after the students with him. Her pregnancy reinforces her feelings that it is difficult to take care of not just her own children but also the students. She is due to deliver but has anxieties about having a child.

Tanaka Misato as Suzuki Hanae
The mother of Suzuki Yuya. Because Yuya has been refusing to go to school in Tokyo, she makes him study at Mitakarajima.

Daichi Yasuo as Sonoda Ittetsu
The chairman of Mitakarajima’s residents’ association. Mitakarajima is an island of less than 80 people, but he labours day and night to revitalise it. He also welcomes and sends off the exchange students as one of the island’s foster parents, and believes they are Mitakarajima’s treasure.

This blog contains information and musings on current and upcoming Japanese dramas but is not intended to be comprehensive.
View all posts by jadefrost →
This entry was posted in NHK, Spring 2013 Dramas and tagged Iura Arata, Nakama Yukie. Bookmark the permalink.