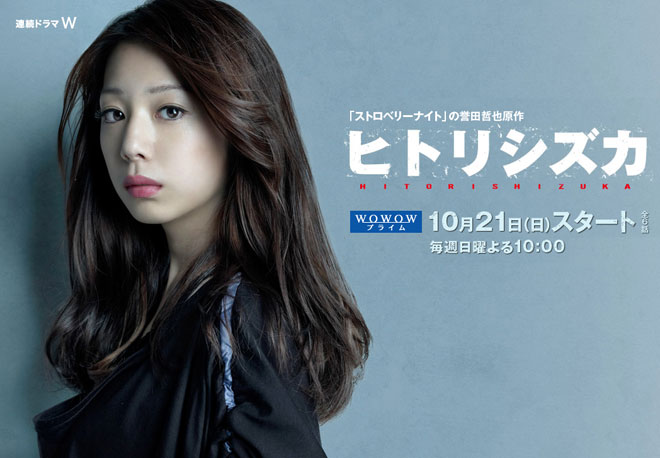 Story
In March 1996, a gangster is shot dead by another man who has broken into at an apartment in a residential neighbourhood of Toyko’s Kokubunji City. Sergeant Kizaki Shingo of Kokubunji Police Precinct’s Community Police Affairs Division, who works near the crime scene, hears the gunshot. When he rushes over, his senior Omura Kazumi is already there. The police focus on a suspect through legwork and forensics results, but Kizaki feels that the case was solved too easily and something lies behind it. Getting a message from the forensic pathologist in charge of the victim’s autopsy, expressing reservations about the gunshot wound that was the cause of death, Kizaki starts to investigate the case independently. Before long, Ito Shizuka, the missing step daughter of the head of Kokubunji Police Precinct’s Community Safety Division who is suspected of having a connection to the case, emerges … … Then in June of that year, a male factory worker is stabbed to death in Tokyo’s Adachi ward. A man from the victim’s circle of friends is inferred to be a possible suspect, but the man denies involvement. Meanwhile, Yamagishi Junya of Adachi Police Precinct’s Community Safety Division who is supporting the investigation, realises the relationship between Iimura Yumi, a convenience store employee that had previously come for a session on crime prevention, and the murdered man. From the web browsing records from the victim’s seized computer, Yamagishi discovers that Yumi’s fellow part-timer, Kozue, is listed by another name on the missing persons websie. Sensing something that lies behind the case, Yamagishi works his way to a mysterious girl when he proceeds to investigate on his own … … After that, four other murders occur at different times and places. The police proceeds with the investigations in order to crack these cases. However, behind the five cases which appear to have no connection to each other lies Shizuka’s mysterious life … …

This blog contains information and musings on current and upcoming Japanese dramas but is not intended to be comprehensive.
View all posts by jadefrost →
This entry was posted in Fall 2012 Dramas, WOWOW and tagged Hitori Shizuka, Kaho, Kishibe Ittoku, Matsushige Yutaka, Takahashi Issei. Bookmark the permalink.