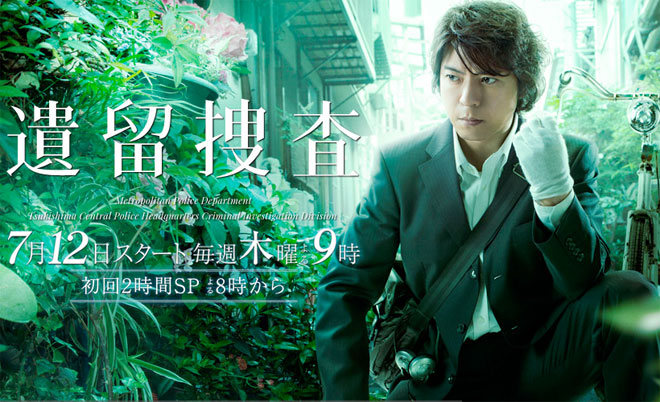 Story
An incident results in Itomura Satoshi’s demotion from the Tokyo Metropolitan Police’s First Investigative Division to Tsukishima Chuo Police Precinct. At that moment, a case occurs within the jurisdiction of the peaceful precinct. Kagami Megumi, a general clerk at the precinct’s criminal affairs division, disappears after going out to buy lunch. Several hours later, a body wearing her uniform is found stabbed to death in a waterway. The victim is Misaki, who works at a girls bar. Furthermore, Megumi’s father, Kagami Toru, the former head of the First Investigative Division, soon receives a call demanding a ransom. Itomura quickly heads for the Kagami household. According to Kagami, the kidnapper had sent a video of an unconscious Megumi to him. Megumi just underwent a kidney transplant half a year ago. If she is discovered late, it will increase the potential of something untoward happening to her. Meanwhile, Itomura, who has his eyes on a philosophy book in Misaki’s apartment and wishes to examine it. However, it gets shot down by Machida Seigi, the detective in charge of the investigation. However, Itomura is bothered by the book and asks a forensics researcher for help. At the same moment, a material witness emerges through the efforts of Mizusawa Kyoko and the others at the precinct. That person is someone related to a case that Kagami was involved in five years ago. Suspecting a link to Megumi’s abduction, Itomura attempts to investigate the case, but … …

Characters
Kamikawa Takaya as Itomura Satoshi
A detective of Tsukishima Chuo Police Precinct. Demoted from the Forensics Science Section of the Tokyo Metropolitan Police’s First Investigative Division to Tsukishima Chuo Police Precinct. A person who cannot read the situation and takes things at his own pace. He possesses sharp, discerning eyes and an obsessiveness, and will thoroughly track down cases based on the personal effects left behind at the scene. The moment he “switches on”, he will be so engrossed in a case until he forgets about eating and sleeping. Once he encounters an object which interests him, he cannot let it go if he does not figure it out.

Saito Yuki as Mizusawa Kyoko
The head of Tsukishima Chuo Police Precinct’s Criminal Affairs Division. One of the Tokyo Metropolitan Police Department’s few female heads of criminal investigation. While she disapproves of Itomura Satoshi’s excessive ways and does not know what his thoughts are, she is not perturbed. She sticks to her own convictions as she confronts investigations.

Yashima Norito as Sakuma Yuji
A detective of Tsukishima Chuo Police Precinct. He dislikes the self-serving Itomura Satoshi. Good at data input and unusally knowledgeable, he has high self-esteem and wonders why he has not been by the First Investigative Division.

Tanaka Tetsushi as Nagase Kiyofumi
A detective of Tsukishima Chuo Police Precinct. The right-hand man of the head of criminal affairs, Mizusawa Kyoko. A sincere man who is extremely earnest and concerned about his colleagues.

This blog contains information and musings on current and upcoming Japanese dramas but is not intended to be comprehensive.
View all posts by jadefrost →
This entry was posted in Summer 2012 Dramas, TV Asahi and tagged Iryu Sousa Series, Kamikawa Takaya. Bookmark the permalink.