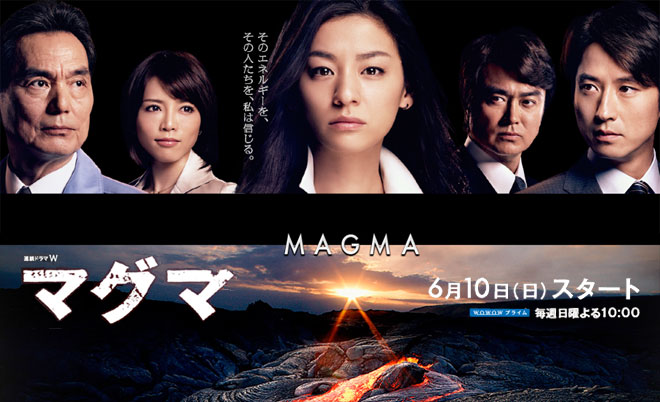 Story
Nogami Taeko who works at a foreign fund, is tasked by her company president, Machida Kenichi with restructuring an ailing company that has just been bought out. It is Japan Geothermal Development, a small company in the countryside which develops and supplies geothermal energy. Taeko unhappily wonders if she has been demoted, but gets on board to turn the business around. She grills the present company president Ando Koji about the company’s finances, and announces a restructuring plan that will lay off employees and close unprofitable divisions. This causes a furor among employees like Omuro Kojiro, the head of geothermal energy research, whose life has been consumed by years of research. Taeko plunges ahead based on the conviction of rebuilding the business and securing its profitability. However, she soon learns of the thoughts of people like Omuro who believe that they are developing energy for Japan’s future, and gets to know the potential of geothermal power generation. This makes her look hard again at her own role. However, Ryuzaki Daisuke, a shrewd, opportunistic politician, and Udagawa Mitsuhiko, a university professor promoting nuclear energy, stand in the way of Japan Geothermal Development.

This blog contains information and musings on current and upcoming Japanese dramas but is not intended to be comprehensive.
View all posts by jadefrost →
This entry was posted in Summer 2012 Dramas, WOWOW and tagged Ishiguro Ken, Magma, Nagatsuka Kyozo, Ono Machiko, Osugi Ren, Tanihara Shosuke. Bookmark the permalink.