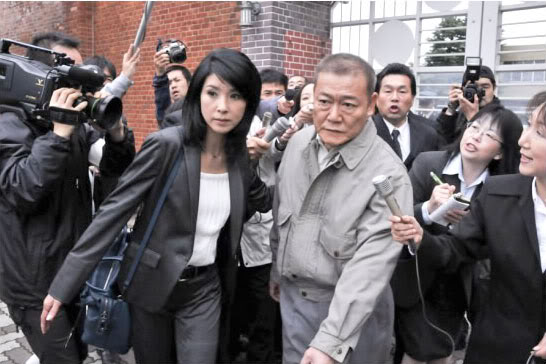 With advancements in DNA technology in recent years, there have been incidents where new facts about cases that happened in the past are being found. Among them are wrongful convictions that have ruined many people’s lives. The tragedies brought about by misrepresentation are the failure to catch the real criminal as well as the pain of the person charged with the crime and mistaken for the guilty party. Then, there is the victim of the case, the people around the victim, and the people around the person pinned with the guilt. It has an impact on many people.

The story opens with Nakamura Toru’s character, journalist Kayama Seiji’s hasty return to Japan from a war zone where he has been covering the news when he is informed that Shinozuka Yoshio, a man sentenced to prison for the murder of a young girl 12 years ago was recently proven innocent at a retrial and released. Back then, Kayama had written in an article in Shukan Choryu that Shinozuka was the prime suspect. 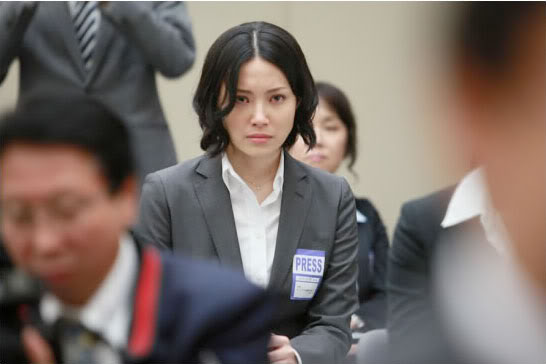 Without listening to Shukan Choryu’s editor in chief who tries to stop him, Kayama arrives at the venue of the press conference held by Shinozuka and his lawyer. The victim’s older sister Suzuki Hiroko played by Mimura, is also there. Hiroko has joined the press conference with mixed feelings after learning that the man she has hated for taking her sister’s life is actually innocent. 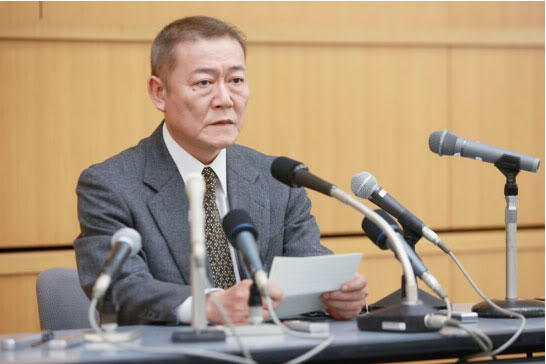 At the press conference, Shinozuka announces that he will file a suit against the state for redress for the 12 years he had lost. The moment Shinozuka comments on the subject of compensation, the media who are present get into an uproar over his demand. Veteran actor Kaname Jun stars as Shinzokua, the man at the centre of the storm. He was taken away by the police one fateful day 12 years ago and never came home after that. During that time, his wife died. His young daughter, Miho, has grown up but refuses to see him even though he has been proven innocent. 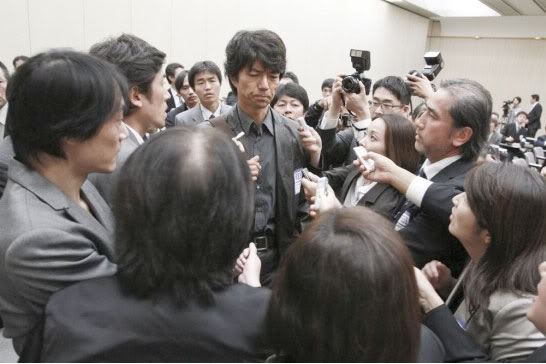 After the press conference, Kayama is surrounded by journalists who question him about his part in the article written 12 years ago. He flees the venue as he gets mobbed and goes after Shinozuka and his lawyer who are trying to leave. 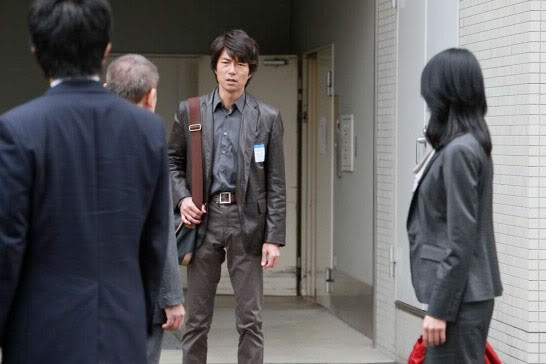 Soratobu Taiya and Shitamachi Rocket, two dramas with casts of skilled veteran actors and similar underdog theme of small business going up against big corporation, but of vastly different quality. Where Soratobu Taiya was a tightly paced, well-rounded, intense story of fighting for what is right and battling conflicting personal desires without getting overly sentimental, Shitamachi Rocket was an indulgent, sentimental, heavy-handed tale of fighting for what is right and holding on to dreams with some interesting legal intrigue but a huge dollop of moralising. 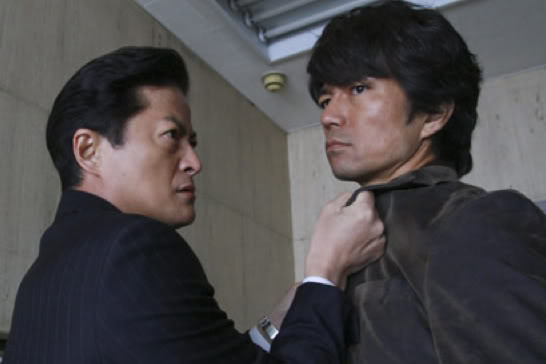 I’m hoping that Maekawa does not handle Suitei Yuuzai with the subtlety of a sledgehammer and waste the acting talent he has like he did with Watabe Atsuro, Mikami Hiroshi and Terajima Shinobu. That said, Jinnai Takanori is a questionable casting choice. Of all the many able-bodied middle aged men to play detective, it had to be a man whose idea of acting is to make bug eyes. If we’re into a drama reunion of scriptwriter, director and actors, could it not have been Osugi Ren or Endo Kenichi?