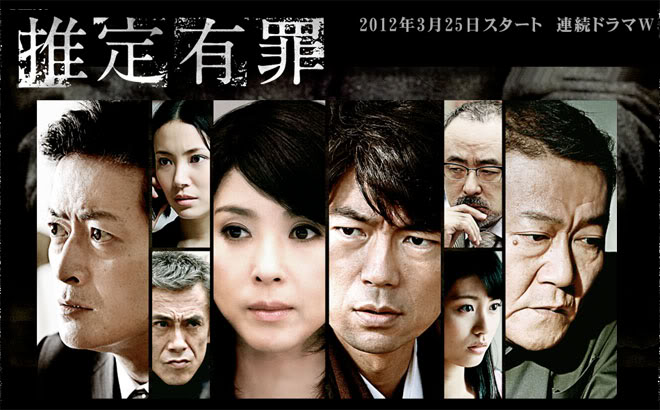 Story
Journalist Kayama Seiji who is covering the war zone, gets shocking news that Shinozuka Yoshio, the criminal serving time for the murder of a young girl 12 years ago, is actually innocent. At that time, Kayama reported on that case. Convinced that Shinozuka was the criminal, Kayama had proceeded to write the news stories, but he is proved to be wrong after the passage of 12 years. Shinozuka’s lawyer, Ishihara Yoko, holds a press conference where she criticises the sloppy investigation by the police and speaks of suing for the suffering during the 12 years that Shinozuka had lost. However, Shinozuka’s daughter, Miho has mixed feelings for her father who is released from prison at this late stage. The victim’s older sister, Hiroko, also finds it difficult to accept this reality. The detective Asada Kunio watches the press conference with a grim look. He was the person who had put Shinozuka behind bars. Asada had sent an innocent man to jail as a criminal. Kayama had made him into a criminal and fanned public opinion. Now they have to start to face the fact that he was wrongly convicted … …