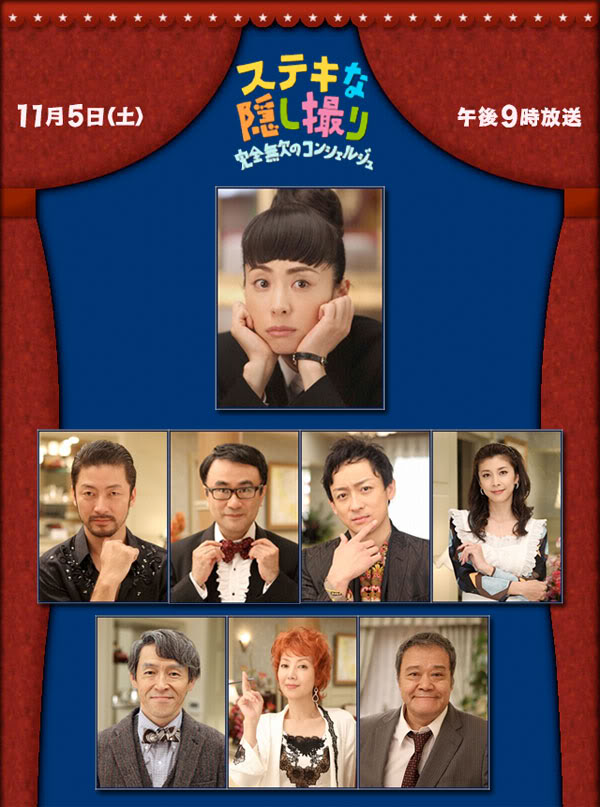 Story
Saijo Mie is the new concierge at a hotel. She receives unreasonable requests from different guests everyday. Sugawara, her superior tells her that there are three words that a concierge should never say, “No” “It’s not possible” “I can’t”. It is not just the guests who come to the concierge desk that aggravate Mie. Those pampered guests who stay in the hotel’s suite rooms also give her tall orders beyond all imagination. Will Mie be able to deal with the challenges posed by these troublesome characters?

Characters
Fukatsu Eri as Saijo Mie
A concierge who has been on the job for one month. She is not confident that she is suited for this job. Suite room guests summon her to their rooms for one unreasonable request after another which she struggles to handle … …

Asano Tadanobu as Artist
Although he has been an artist for 20 years, no ideas come to mind even after thinking for three entire days. He drinks in despair and asks Mie to help him. She is under the impression that he is an artist, but he is actually … …

Mitani Koki as the Movie director
He reveals his anxiety before the premiere and confidently asks Mie to speak well of his new production.

Yamamoto Koji as Photographer
A handsome camereman who is Japan’s greatest narcissist. The model he had requested is not able to come on short notice, so he asks Mie to become his model. However, he has an idiosyncrasy … …

Takeuchi Yuko as Cuisine professional
A charming cook who is also popular on television. She summons Mie, gives her an apron, and tells her to help to make gnocchi. However, she has an outrageous secret … …

Asano Kazuyuki as Old man
A well-dressed old man. He confides that he had stayed in this hotel with his girlfriend about 30 years ago. What feelings did this old man who is near death say?

Toda Keiko as Call girl
A veteran who has been plying the hotels more than 20 years ago. That day, a famous Diet lawmaker summons her to his room. However, that man has a heart attack … …

Kusanagi Tsuyoshi as Star
The star actor of the circus troupe, Cirque de Soreyuke. He beseeches Mie for her assistance in order to come up with a new (daring) move.

Nishida Toshiyuki as Employee
An elderly man. What is the wish of a lifetime that this unfortunate man who despairs of his life, has asked Mie?