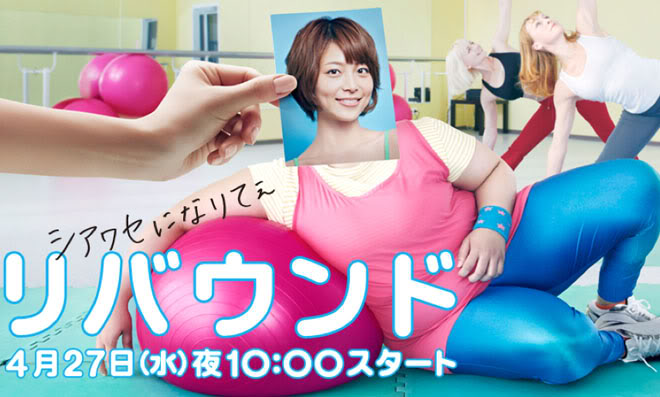 Story
Ohba Nobuko came upon the strawberry shortcake of her dreams at some cake shop when she was 6 years old. After that, she single-mindedly “lived to eat” and weighed 78 kg by the time she was 22. However, she was dumped by her boyfriend, Kazami Kensaku. This spurred her to diet and she successfully lost over 30 kg within one year. She also got a job with Eden, the fashion magazine she adores, and it seemed that her life had just begun, but … One day, Nobuko is ordered by her boss at Eden, the diabolical chief editor Morishita Ran who compels subordinates that get fat to resign, to go to cover an interview at Ange, a popular cake shop. In truth, Nobuko has been diagnosed by her family doctor as having a cake addiction, and cake shops are forbidden places to her. Once she takes a bite of a delicious cake, she cannot stop eating and she would rebound to her original 78 kg. However, Ran’s order is absolute. So Nobuko reluctantly takes her good friend, Hitomi, with her and heads to the cake shop which creates lines. She has a fateful encounter with the owner and patissier of Ange, Imai Taichi, and falls in love with him! She eats cakes for his sake, and her body … …

Characters
Aibu Saki as Ohba Nobuko
A new editor with the top fashion magazine, Eden, a publication which she admires. She is a slender 45 kg now as a result of a desperate diet. But she loved to eat when she was a child and weighed 78 kg during college days. In fact, she will not stop eating once she has had a mouthful of cake. A broken heart spurred her to diet, but she rebounds after meeting the handsome patissier Imai Taichi for an interview. Her nickname is “Buko”.

Hayami Mokomichi as Imai Taichi
The second-generation owner and patissier of the popular cake shop, Ange. He is arrogant and haughty. However, this hides his lack of self-confidence. There is talk of him being the “Patissier Prince”, but the appearance of Nobuko’s article, which calls the taste of his pastries not very good, exposes his diffidence and high opinion of himself. He starts to get interested in Nobuko who has a great love for cakes and is straightforward with her feelings.

Kuriyama Chiaki as Mimura Hitomi
Ohba Nobuko’s good friend since high school. Because her parents divorced when she was a child and her family broke up, she fears love. She has not smiled since then and is a lonely, cool beauty. Nobuko is the only person she opens her heart to and they are roommates. Although she is coldhearted, she somehow cannot leave Nobuko, who is her exact opposite, alone and always watches over her. She says “I do not believe in love” while waiting for the man who will love her. She does not grow fat no matter what she eats.

Katsuji Ryo as Kazami Kensaku
Ohba Nobuko’s boyfriend back when she had weighed 83 kg in college days. However, he gradually grew frustrated with Nobuko who did not care about being fat, and their love ended. He has not had a girlfriend in the five years since then. He works at a major advertising agency, but has no self-confidence and looks up everything. He is a guy who turns mean the moment he is in front of beautiful people. He had found Nobuko fat at one time, but when he meets the slim, beautiful Nobuko, his feelings for her are rekindled, but … …

Wakamura Mayumi as Morinaka Ran
The chief editor of the famous fashion magazine, Eden. A devil of a woman who hates “dull articles” and “ugly female figures” above all else. She declares that she does not need fat editorial staff. She is beginning to feel that there is a limit to Eden keeping its lead. She believes in meritocracy such as publishing Ohba Nobuko’s article.

Nishiyama Maki as Naito Yuki
A model for the fashion magazine, Eden. Imai Taichi’s former girlfriend. She broke up with Taichi to date a man with a title, but she worries that Taichi and Ohba Nobuko are getting closer and finds all sorts of reasons to visit Ange.

Ishizuka Hidehiko as Ohba Mutsumi
Ohba Nobuko’s father. The proprietor of Tontontei the best miso cutlet shop in Gifu prefecture. He loves his wife and daughter greatly, and also likes his own fat self. He actually hopes that Nobuko will take over Tontontei and recommends that she go for arranged meetings with a view to marriage.

Ito Kazue as Ohba Chie
Ohba Nobuko’s mother. A plucky woman who makes Gifu prefecture’s best food. She was such a beauty when she was a student that she was chosen ‘Miss Campus’. She feels lacking to the unconditional love that Mutsumi showers on her.

This blog contains information and musings on current and upcoming Japanese dramas but is not intended to be comprehensive.
View all posts by jadefrost →
This entry was posted in NTV, Spring 2011 Dramas and tagged Aibu Saki, Hayami Mokomichi, Kuriyama Chiaki, Rebound, Wakamura Mayumi. Bookmark the permalink.