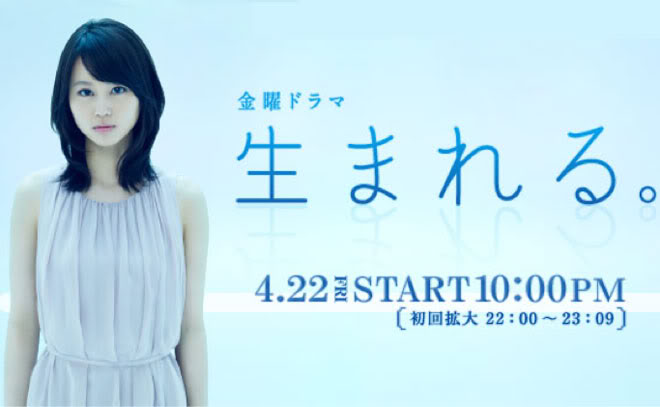 Story
The Hayashidas are a family of six. Hayashida Shinpei and Aiko are a happily-married couple who run a small bakery called Pannten. They have four children and appear to be a typical, ordinary family. Their eldest daughter, Aimi, works as an editorial production assistant of a small magazine in Tokyo. She has tremendous respect for her successful superior, Kuniki Miwa, but her own projects do not quite make the grade. She understands her mother the best among the family members, and is a level-headed person who takes care of her three other siblings. Their eldest son, Taichi, is a designer who works at a design company. However, his designs do not get through and every day is an uphill struggle. The only person he opens up to is his senior, Mizukawa Maho, who gently gives him advice. Taichi is secretly attracted to Maho. One day, a man suddenly shows up in front of Taichi and tells him some facts. He is greatly shaken to hear this, but … … Koji, their second son is a university student. He indulges in matchmaking parties everyday, and is exceptionally popular with girls. However, Koji appears to have a hidden past. The youngest child is Yoshiko, a high school student with outstanding academic results and the ambition to be a lawyer. Yoshiko also has worries which she cannot tell her family. The situation undergoes a drastic change with the sudden death of their father, and Aiko finds herself at a loss with her husband’s passing. Seeing her mother like this, Aimi tries hard to support the family, but clashes with her siblings who say whatever they like. Aimi has yet to recover from the pain of losing her father when she is suddenly told by Aiko that she is pregnant … …

Characters
Horikita Maki as Hayashida Aimi
The eldest daughter of the Hayashida family. She works in editorial production and admires her boss, Kuniki Miwa. Because she feels a sense of responsibility as the eldest daughter, she puts up with a variety of circumstances and protects her younger siblings. Her disposition is such that she would unconsciously try too hard when asked. The boyfriend she has been living with breaks up with her, and she receives a shock. However, she decides to focus on her career with the encouragement of Miwa, and even though she finds her job as an editorial intern uninteresting, she tries her best everyday. Despite the difficulties she encounters, she becomes the backbone of the family and struggles to protect them.

Okura Tadayoshi as Hayashida Taichi
The eldest son of the Hayashida family. Because he is kind and frank, he is the most sensitive among the siblings. He would look after his siblings like an older brother, but begins to place a distance between them as a result of some incident. After he got out of vocational school, he found a job at a design firm in Tokyo. He dreams of becoming a famous designer in the future, but his proposals have not been adopted at competitions. He is interested in his company’s copy editor, Mizukawa Maho, but she seems to have some sort of secret … …

Toda Keiko as Kuniki Miwa
Hayashida Aimi’s superior at her company. A senior whom Aimi admires. A competent editor and writer, she also has the trust of her interview subjects. Her conviction is that a woman does not need children and a family because she can hold her own against men and the world. She has been love before, but has negative thoughts about marriage. She does not disdain women who have children, but think that they are none of her concern. She is hard on Aimi in her assessment of her work performance.

Nakajima Kento as Hayashida Koji
The second son of the Hayashida family. A second year university student. It is about time that he consider finding employment, but he shows no sign of it. During his childhood, he had leukaemia and grew up spoilt. Even though he is an adult now, he has not got rid of this behaviour. He does not go to school and indulges in matchmaking parties everyday. However, when he hears about his mother’s pregnancy, he becomes painfully away of the importance of life.

Taketomi Seika as Hayashida Yoshiko
The youngest child of the Hayashida family. The most vain and proud among her siblings, she is concerned about how she is perceived by other people. She is smart and is attending a university preparatory school. She is bullied by a group of friends who are jealous of her. However, she does not reveal this to her family. When her mother’s pregnancy is leaked out, the bullying escalates, but … …

Osugi Ren as Kondo Takumi
A very capable gynaecologist who delivers more than 200 infants a year in spite of the sharp drop in doctors handling childbirths, and even fixes breech deliveries with the hands of God. He is feared by his patients because he is unfriendly. He accepts Hayashida Aiko, who was turned down by many hospitals, and gives her encouragement as she faces late childbearing even though he is harsh to her.

Tanaka Misako as Hayashida Aiko
The mother of the Hayashida brood. She and her husband, Shinpei, are a lovey-dovey couple. She has been supporting and assisting Pannten, the bread shop which her husband runs. She is a kind but sometimes stern mother. She becomes pregnant with her fifth child at the age of 51 … …

Miyake Yuji as Hayashida Shinpei
Hayashida Aiko’s husband and the father of the Hayashida brood. He quit his job as a salaryman and started his own business in his younger days. He now runs the bread shop, Pannten. There are many people who come to the shop because they like his bright and cheerful personality.

This blog contains information and musings on current and upcoming Japanese dramas but is not intended to be comprehensive.
View all posts by jadefrost →
This entry was posted in Spring 2011 Dramas, TBS/MBS and tagged Osugi Ren, Toda Keiko, Umareru. Bookmark the permalink.