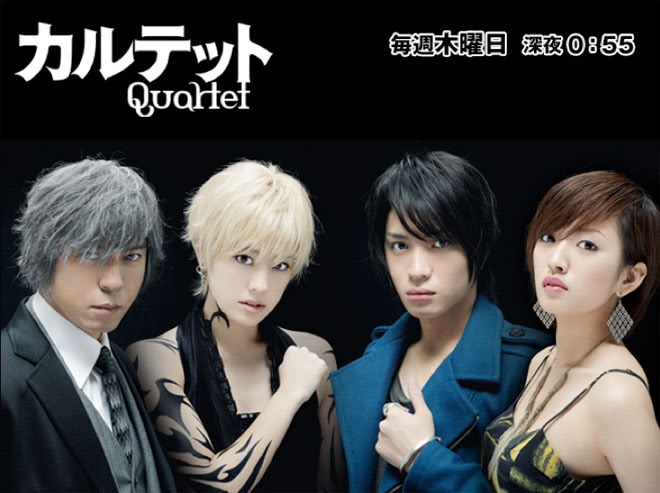 Story
Shun’s younger brother Rin works at a fighting ring for gambling in the basement of a multi-tenant building. He is a beloved family member whom she should protect. However, Tsukamoto, who organises the competitions, is not pleased with the attempts of Shun and the others to transform it into a mainstream event. Meanwhile, Takeru, a scout, walks around town each day calling to females to let him cast them as actresses in a dubious film. He seems a frivolous person on the surface, but at night, his life is about finding pushers (drug smugglers) and destroying them. There are also men who watch Takeru from the shadows … … Shun and Takeru meet for the first time at ‘Green’, which is Takeru’s favourite bar. The pushers, who loathe being knocked about by Takeru, barge in and start fighting. Shun also joins in this war.

Characters
Fukuda Saki as Shun
The third generation descendant of a Japanese orphan left behind in China during World War II. She has tattoos and piercings all over her body. Her beloved younger brother Rin was murdered.

Matsushita Yuya as Takeru
A lonely and reckless hooligan whose family was brutally murdered when he was a child.

Natsuna as Kasumi
A beautiful woman shrouded in mystery. She has penetrated a criminal gang in the city of ‘Midori’, a neighbourhood for illegal residents, by being the lover of a gang member called Tsukamoto.

Kamikawa Takaya as Kuchinawa
An enigmatic security personnel who aims to destroy some organisation. He hires Shun and Takeru for an undercover operation in the city of ‘Midori’.

This blog contains information and musings on current and upcoming Japanese dramas but is not intended to be comprehensive.
View all posts by jadefrost →
This entry was posted in TBS/MBS, Winter 2011 Dramas and tagged Fukuda Saki, Kamikawa Takaya, Quartet (2011). Bookmark the permalink.