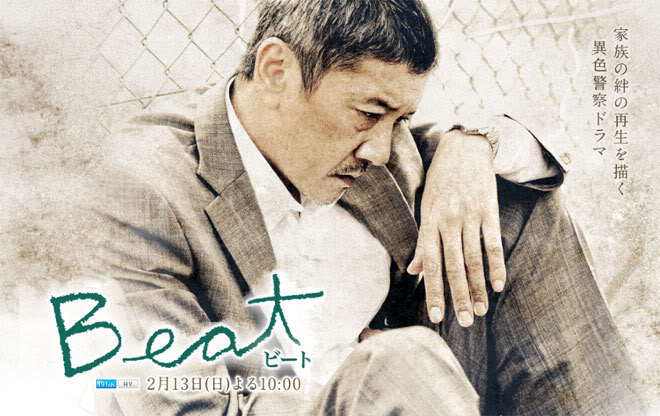 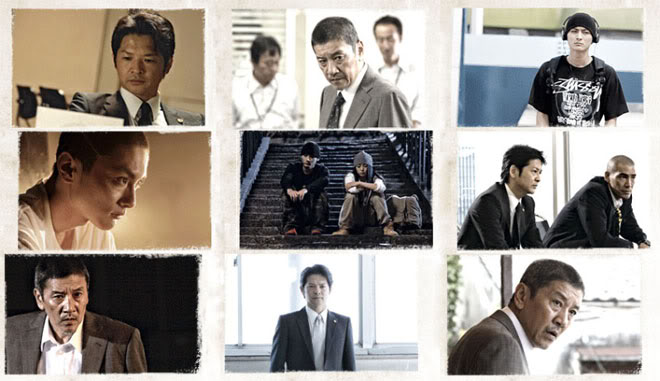 Introduction
Assistant Inspector Shimazaki Yohei of the Tokyo Metropolitan Police’s Second Investigative Division is grappling with a problem. His eldest son, Jotaro , had divulged confidential information on an ongoing investigation into Nichiwa Bank’s suspected accounting fraud, to Tomioka Kazuo, a Nichiwa Bank employee and alumni of the judo team. Shimazaki decides to sell out his organisation in order to protect Jotaro, but Tomioka is killed by someone during the investigation. Relief takes over as his worry that the secret will be leaked disappears. However, his second son, Shinji, suddenly emerges as a suspect in that murder case. Shinji had dropped out of school and leads an aimless life in rebellion against his father’s constant pursuit of discipline, integrity and austerity and imperiousness in just about everything. Unable to believe that his son would abruptly commit murder, Shimazaki begins to investigate his movements by himself. Is Shinji the true culprit behind Tomioka’s murder? 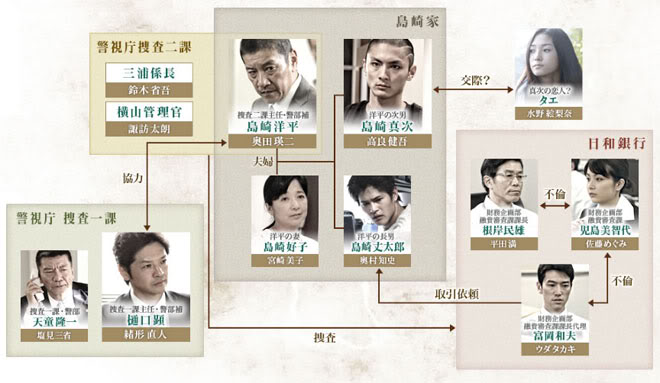 Characters
Okuda Eiji as Shimazaki Yohei
A senior detective in the Tokyo Metropolitan Police’s Second Investigative Division. Rank: Assistant Inspector. He trained his two sons, Jotaro and Shinji, in judo. When he learns about his son’s connection to the case, he is torn between his organisation and his family.

Okamura Tomofumi as Shimazaki Jotaro
Shimazaki Yohei’s eldest son. A university student troubled about finding a job. He visits Tomioka Kazuo, his senior who works at Nichiwa Bank, and is proposed a deal.

Kora Kengo as Shimazaki Shinji
Shimazaki Yohei’s second son. A stoic youth who has immersed himself in dancing and trains hard. He is worried about his family problems.

Miyazaki Yoshiko as Shimazaki Yoshiko
Shimazaki Yohei’s wife. A housewife who constantly frets for her husband’s welfare and Jotaro’s employment. She is distressed by the bad blood between her husband and Shinji.

Mizuno Erina as Tae
Shimazaki Shinji’s girlfriend? She works at a hostess club in order to fulfill her dream to dance in New York. She gives Shinji emotional support.

Uda Takaki as Tomioka Kazuo
Deputy Manager, Loan Screening Section at Nichiwa Bank’s Financial Affairs Department. He gets close to Shimazaki Jotaro and dangles the promise of employment in front of him in order to find out the details of the police investigation.

Hirata Mitsuru as Negishi Tamio
Manager, Loan Screening Section at Nichiwa Bank’s Financial Affairs Department. A man who knows about the illegal activities within the bank. He works behind the scenes in order to find out the date of the criminal investigation.

This blog contains information and musings on current and upcoming Japanese dramas but is not intended to be comprehensive.
View all posts by jadefrost →
This entry was posted in Winter 2011 Drama Specials, WOWOW and tagged Beat, Hirata Mitsuru, Kora Kengo, Okuda Eiji. Bookmark the permalink.