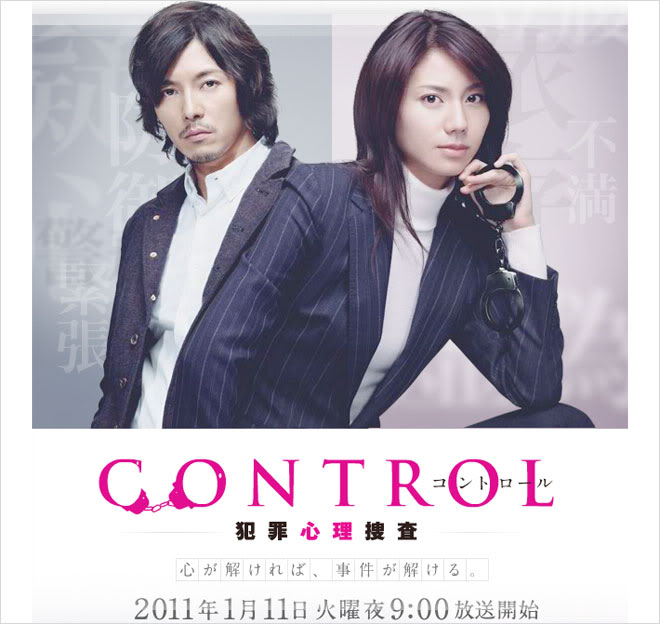 Story
Detective Segawa Rio who works at Oimachi Police Precinct finds the criminal she has been pursuing for one month. She gives chase but is struck by the criminal’s bullet … … Two months later, Rio comes back and is transferred to the Tokyo Metropolitan Police’s Violent Crimes Division. When she goes to office, she talks to Teranishi Kei of the Violent Crimes Division, who joined the police force at the same time as she did. But news of a random street attack comes in immediately and Iwasaki Mikiya, Eto Masato and the other investigators rush out before she is able to introduce herself. Rio is instructed by Koitabashi Shoji and Sugiura Kozo, the only men remaining, that she is the head of the “branch office” and to go and pick up the person she will be working with. Rio arrives at Ryonan University. The person she has come to pick up is Nagumo Jun, a psychology professor. Nagumo had given a lecture about human behavioural psychology based on footage of the time Rio had been shot, which he had obtained from an acquaintance at the Tokyo Metropolitan Police. When the two of them return, the investigators are in the division agonising over the identity of the victim of the random street attack. It is soon learnt that the victim is Kusuda Yoshiki. His parents are made to identify his dead body, but Nagumo is present for some reason. He chats idly in front of the grief-stricken parents and Rio expresses anger. Furthermore, Nagumo heads over to the crime lab and asks Kinoshita Yukio, the head of the Forensics Division, and Kosaka Mina of the Photography Unit about the murder weapons and causes of death in the series of three random street attacks including Kusuda’s. The investigators learn through low-profile investigations that the three victims were members of a group involved in bank remittance fraud and have recently had a dispute over their cut of the money. The division proceeds to search for the missing leader, but Nagumo speaks up, saying that there is someone he would like Rio to meet … …

Characters
Matsushita Nao as Segawa Rio
The head of the Violent Crimes Division’s branch office. She hates sweet things and is a heavy drinker. Those around her feel annoyed at her loud voice. Because of her competency as a detective, she is strict with herself and those around her, but is unaccommodating and stubborn. She was injured in a case she had been involved in, and after she was discharged from hospital decided to transfer to the long-sought Tokyo Metropolitan Police. She is stuck with babysitting Nagumo Jun, but displays innate earnestness and strives to do her best in investigations.

Fujiki Naohito as Nagumo Jun
A professor at Ryonan University and a psychologist who specialises in criminal psychology. Because he loves sweet things, he has the habit of getting wrapped up in eating. He analyses all human actions from the perspective of psychology and detects lies and secrets with his sharp eyes and keen mind. However, he is detested for accurately guessing things which his subjects do not want revealed. He is able to see and appreciate Rio’s flair and essence as a detective, but he never shows it at all.

Yokoyama Yu as Teranishi Kei
A member of the Violent Crimes Division. He is strong in subculture, and makes use of his knowledge and skills in investigations. He and Segawa Rio were in the same batch at the police academy and he got into the Tokyo Metropolitan Police earlier than her. He has liked Rio since their student days but is one of the gentle, quiet, soft men of today who are unable woo ladies. He supports Rio, who has been relegated to the “branch office”, from behind the scenes and becomes the intermediary between the division and her.

Kitamura Yukiya as Iwasaki Mikiya
A member of the Violent Crimes Division. Because he has a cynical and cool personality, he thinks Segawa Rio’s enthusiasm is annoying. In private, he is a hen-pecked husband. His creed is, “Perfect personal grooming is a must even for detectives.”

Usuda Asami as Kosaka Mina
A member of the Forensics Division’s Photography Unit. Because she is the only female in the division, she is treated like an idol. She fell in love at first sight with Nagumo Jun, and will even accept requests that deviate from the investigation. She is proud of her forensics work and has a keen observation, which has earned her respect from Segawa Rio and Nagumo.

Sato Jiro as Kinoshita Yukio
The head of the Tokyo Metropolitan Police’s Forensics Division. A profiling and criminal psychology enthusiast, he is Nagumo Jun’s secret fan.

Katsumura Masanobu as Koitabashi Shoji
The head of the Violet Crimes Division. Although an affable, neutral supervisor, he is an attention seeker and opportunist deep down. He also has a detestable side where he takes credit for the accomplishments of his subordinates.

Izumiya Shigeru as Sugiura Kozo
A member of the Violent Crimes Division. An old school detective close to retirement age who gives Segawa Rio and the others sound advice. He continues to pursue a criminal who had killed his subordinate in the past and escaped.

This blog contains information and musings on current and upcoming Japanese dramas but is not intended to be comprehensive.
View all posts by jadefrost →
This entry was posted in Fuji TV, Winter 2011 Dramas and tagged Control, Fujiki Naohito, Katsumura Masanobu, Matsushita Nao, Usuda Asami. Bookmark the permalink.