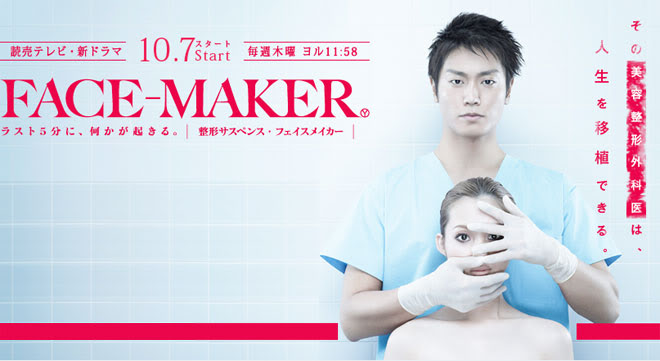 Story
Devastated after being jilted by Endo Hiroaki, an elite salaryman, because of her looks, Shimano Kayoko decides to undergo cosmetic surgery. She visits the clinic of the genius plastic surgeon Kirishima Shun who tells her that she can be reborn with the face that she desires. Kayoko chooses one sample from among the many faces in his face library. One month later, Kayoko changes into the beautiful Higuchi Reimi and starts living the life of a different person. Having attained beauty, Kayoko who has become Reimi, gradually begins to feel confident with men. When she pretends not to know her former boyfriend, Hiroaki, and appears in front of him, he starts trying to win her heart. As anticipated, he has fallen in love with Reimi at first sight, and even indulges in thoughts of marriage. Reimi has hope that Hiroaki will love her forever if she is her beautified self. At that moment, a woman who had been cheated of money by Hiroaki shows up and Reimi is reminded that Hiroaki was the man who dumped her. And so, her revenge against him begins …

Characters
Nagai Masaru as Kirishima Shun
A gifted plastic surgeon whom people call the ‘Face Maker’. He takes no fees from his patients. In return, what he receives as payoff for the surgery are their previous faces. A man whose past is completely shrouded in mystery.

Hinata Chiho as Kirishima Kyoko
The assistant of Kirishima Shun.She has the same surname as Shun but their relationship is a mystery. Her full identity has not been disclosed.

This blog contains information and musings on current and upcoming Japanese dramas but is not intended to be comprehensive.
View all posts by jadefrost →
This entry was posted in Fall 2010 Dramas, NTV and tagged Face Maker. Bookmark the permalink.