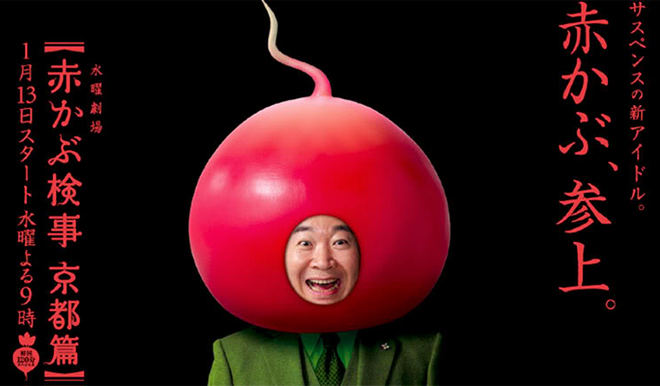 Story
Hiiragi Shigeru is hurriedly put in charge as the public prosecutor for the trial of a kidnapping case. Two months ago, Eitaro, the son of Kikuma Takeo, the Managing Director of Kikuma Sake Brewery, was kidnapped. Eitaro was returned safely after a ransom was paid. The kidnapper, Susaki Ayumi, turned herself in to the police along with the ransom. The case was thought to have been solved but Eitaro, who should have been released, goes missing again. Ayumi’s lawyer is Hiiragi’s daughter, Yoko. On the first day of the trial, the dead body of a man, who was supposed to appear in court as a witness for Ayumi, is found. Hiiragi visits the mountain cottage where Eitaro had been held captive. He has doubts that Eitaro was treated with civility and probes deeper into the pasts of the parties involved …

Kikukawa Rei as Hiiragi Yoko
The daughter of Hiiragi Shigeru and Haruko. A lawyer. She has battles in court with her father. She is strong-willed and is living alone.

Kotegawa Yuko as Hiiragi Haruko
Hiiragi’s wife. A full-time homemaker. She likes to chat and has a magnanimous, warm personality. She loves her family and protects the Hiiragi home. She is concerned about her husband’s health and also bugs him about meals. She does not take well to the battles that Hiiragi and Yoko have in court.

This blog contains information and musings on current and upcoming Japanese dramas but is not intended to be comprehensive.
View all posts by jadefrost →
This entry was posted in TBS/MBS, Winter 2010 Dramas and tagged Akakabu Kenji Kyoto-hen, Nakamura Baijaku. Bookmark the permalink.